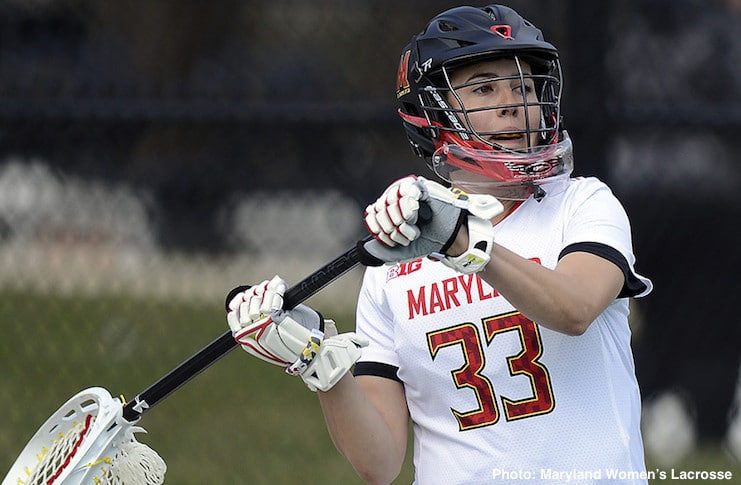 University of Maryland goalie Emily Kift (Foothill, 2013) made the most of her first start of the season by lifting the no. 1 Terps past no. 16 Johns Hopkins on March 19.  Kift made a career high 10 saves and posted a .714 save percentage against the Blue Jays. She also picked up one ground ball.  Kift’s performance earned her Big 10 Player of the Week Honors.

Kift was a multi-sport athlete at Foothill who captained the lacrosse and soccer teams her senior year.  She was a three-time first team all-league and all-county pick and played on the Orange County National Tournament team in 2011 and 2012.