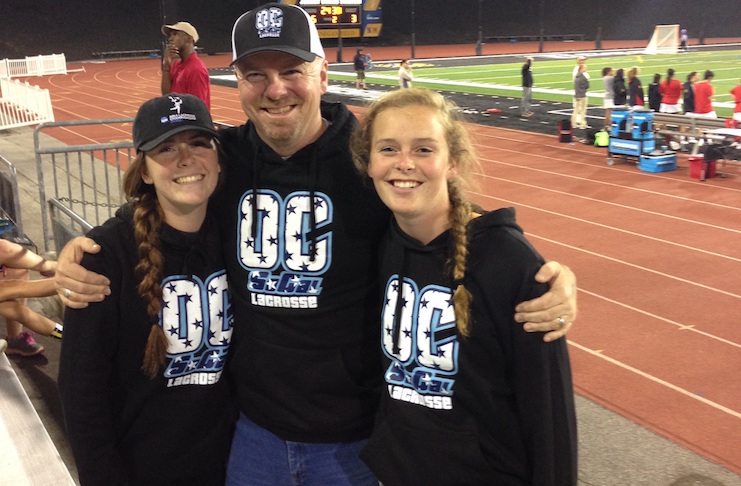 “Thanks!  It snuck up on me!,” was Dave Elkins’ reaction when I congratulated him on completing his 10th season as head coach of the Aliso Niguel girls lacrosse team.  A quick scan through the LaxPower and MaxPreps records show that Elkins is the longest-tenured girls’ lacrosse coach in Orange County.

In a decade of rapid change and growth, Elkins has been the one constant in Orange County girls’ lacrosse.  He got into coaching when the game was in its infancy at Aliso Niguel and also regionally in Southern California. He has been with the Wolverines since Day 1.

“My wife and I were on the board for the first boy’s club team at Aliso in 2007 (my stepson, current JV coach and longest tenured coach at Aliso, was a player),” he said by email. “In order for them to allow the boy’s program to be a school program (not club), they made it mandatory to have a girls program.  Since my two girls were in 7th and 5th grade and just starting to play, I volunteered to start a girls program (despite NEVER having seen the girls game played) in December of 2007 and spent the next few weeks learning, assisting Roger Brent at the La Paz Storm, and translating as much as possible from my knowledge of other sports. We started the team that February, and I have been shadowing/learning/reading to develop as a coach every year since.”

Although 2007 isn’t that long ago to many of us, many of today’s parents and players don’t realize how foreign the game of girls lacrosse was to Orange County just 10 years ago. Elkins was not the only one who had never seen girls lacrosse at the time. Neither had many of his players.

“I remember the very first day of tryouts in 2008,” Elkins reminisced. “We had 32 girls show up, and five of them had boys’ sticks. Not one of them had ever played the girl’s game. We’ve all learned a little more since then.” 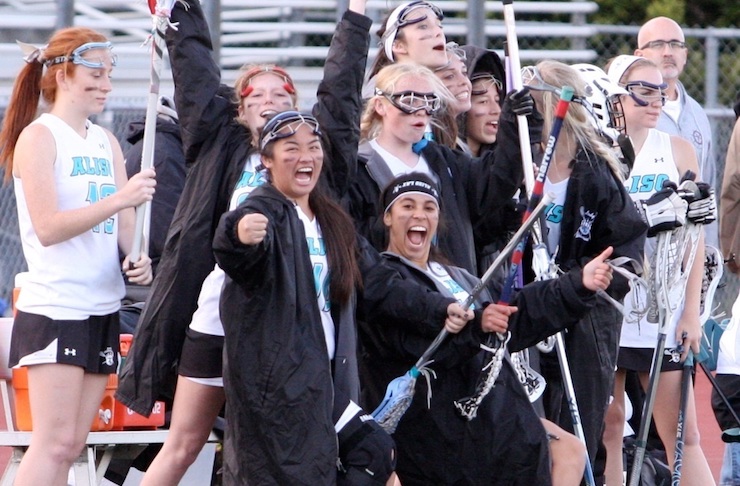 When Elkins first signed up for the job, the school required a three-year commitment from him. The man who had never seen a girls lacrosse game up to that point had no idea that three years would turn into 10. He also did not foresee that he would continue to foster the growth of the game by coaching club and travel teams.

“I never thought that I would end up traveling as a coach with TeamOC, as a chaperone and eventual coach of the OC US Lacrosse National Teams, or building the OC summer and fall leagues to help 30 programs and over 500 girls a year learn how to play this sport,” Elkins said.

10 years and 107 high school wins later,  there is no question the movement Elkins helped start is no fad. Unlike roller hockey, racquetball, and other sports that burned brightly for a short period and then faded, girls lacrosse is here to stay. More than 80 schools in the Southern Section now have CIF girls lacrosse programs, and more are on the way.

“The level of talent, commitment, and professionalism in this sport has grown each and every year.” Elkins said. “The best thing about it is that the feeling of community and the passion for doing the right thing for the girls in our area has never wavered. If you are a member of the girls lacrosse movement in our area, you are family. I think that is still our greatest accomplishment, and one I hope we can hold on to as we continue to grow and develop.”

Elkins has many accomplishments he can put on his resume. A league championship, 2013 Coach of the Year award and 107 wins, to name just a few. But it’s the memories that he cherishes the most.

“Coaching the OC National Tournament Team in 2014 with my two daughters, and, at the same time, watching one of our former OC players (Emily Kift) win the D-I collegiate National Championship with Maryland,” Elkins replied when asked what his favorite personal memory was.

“Being able to watch my own girls grow into coaches after watching them grow as players all those years was a moment to remember. Emily (my oldest daughter) is now a coach for Summit lax in Denver, and her middle school team won this year’s Sandstorm tournament in Palm Springs, so it seems to be that it’s come full circle. Both my girls played (are playing) in college (Emily at Regis Denver, 2016, and Molly at University of the South, Sewanee, 2018), along with countless other players I’ve had the privilege of working with over the years. Getting to be a part of all of their lives has been a great thing!”