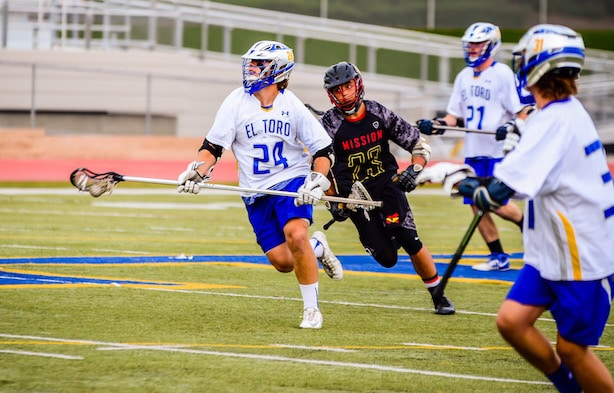 El Toro’s intense ride and dominating defense was once again the cornerstone of their success.  Blake Young (pictured above) and Josue Cabrerra were the defensive leaders as they have been all season.  Parker Matthews paced the offense with 3g, 2a and 4gb.  Tyler Collins (2g, 2a, 6 gb),  Chris Garcia (2g, 2a) and Jared Vlach (2g, 1a, 4gb) also had big nights.