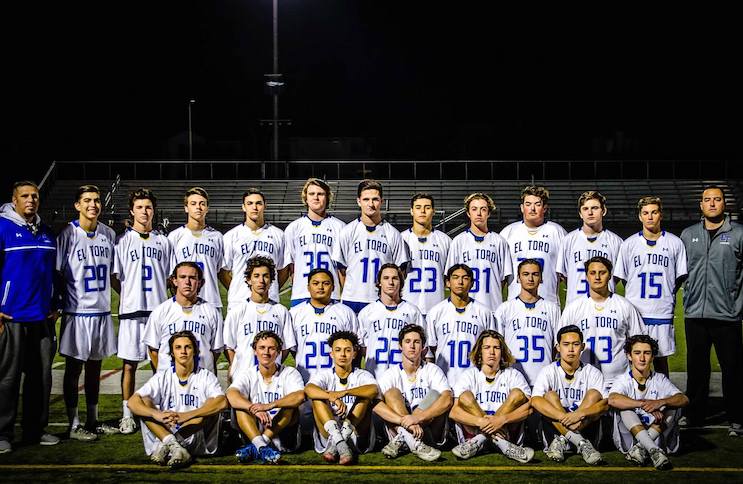 El Toro vs Trabuco Hills round 2 at Trabuco Hills High School Tuesday evening did not disappoint. The motivated Mustangs were ready to defend their home turf and avenge their loss to the Chargers from 2 weeks ago. The Mustangs ran hard early and got on the board first with a fast break goal from just outside the crease. The Chargers regrouped on the field with inspiration once again from Goalie AJ Sherer. Sherer made several solid positional saves while staring into a tough afternoon sun and stimulated the Charger fast break.

Captain Jared Vlach took over on the offensive end of the field, showing some flare while accruing 7 goals on 11 shots. Vlach’s performance was capped by a smooth BTB from the right side (see video below) The Mustangs fought hard, but were frustrated with Sherer’s stinginess in goal. El Toro wore down the Mustangs in the second half and pulled away with a convincing 17 – 7 victory.

The Chargers (7-4) travel south on Friday for a non-league match with the Santa Fe Christian Eagles (7-2). Trabuco Hills plays Capistrano Valley on Thursday.