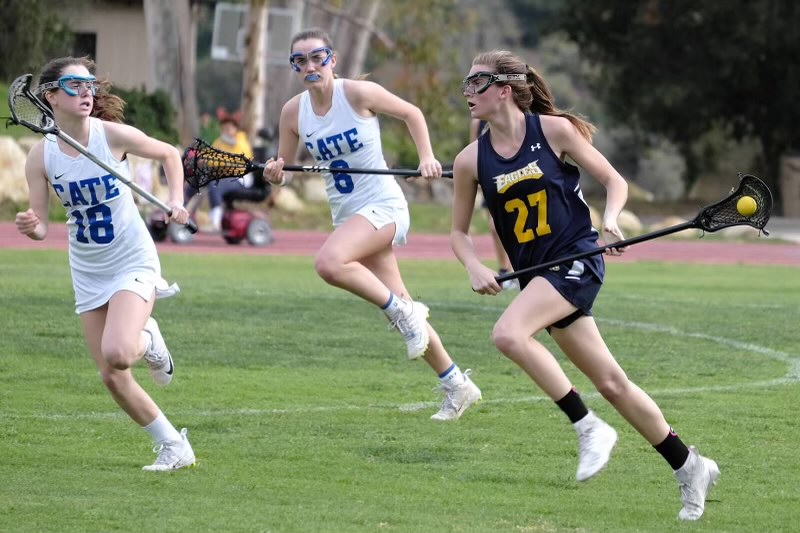 The University of Colorado, Colorado Springs is adding to its California presence with the recent commitment of Sydnee-Anne Moeller, a junior at El Segundo High School.

Moeller will join Redondo Union product Ava Blair at UCCS, someone who was in attendance for Goeller’s official campus visit back in March to answer any questions.

Increasing California’s presence in lacrosse across the country is part of Moeller’s bigger objective to grow the sport.

Moeller was introduced to lacrosse in the sixth grade through a PE teacher and developed as a midfielder throughout her career in prep lacrosse as well as with club teams like Mad Dog West Elite and ACES Lacrosse.

Although she’s been a middie most of her life, she enjoys other positions, too, and is ready for wherever her college team might need her.

“I’m a really flexible player,” said Moeller. “I just want to play, I don’t care what position. I’m really flexible in that way. I’m also a team player. I’d much rather lead the team in assists than goals. That’s what I really pride myself on.”

In addition to working on her own game, Moeller has been helping prepare the next generation of girls lacrosse players in Southern California. She’s a certified ref for youth lacrosse, an experience that’s given her a new respect for the job, and coaches her local elementary and middle school teams.

With her own high school team, she still sees unfinished business.

“I really want to get our team in the playoffs this year,” Moeller said. “I really think we have a shot at it. This year we combined our JV and varsity so we have a great team this year. I’m really excited and I think we have the potential to go really far.”

El Segundo made the CIF Southern Section playoffs Moeller’s freshman year, but lost in the first round. Last year’s season was cut short before the playoffs due to concerns over the COVID-19 pandemic.

Moeller was drawn to UCCS because of the campus size, the Colorado scenery and the city of Colorado Springs. But learning lacrosse in Southern California is something that’ll always stay with her.

“I encourage any young girls, boys, reading this to just get out there and try the sport,” Moeller said. “It’s awesome. It’s definitely changed my life and I don’t know where I would be without it. Just get out there, grab a stick and go throw around a ball with anyone.”