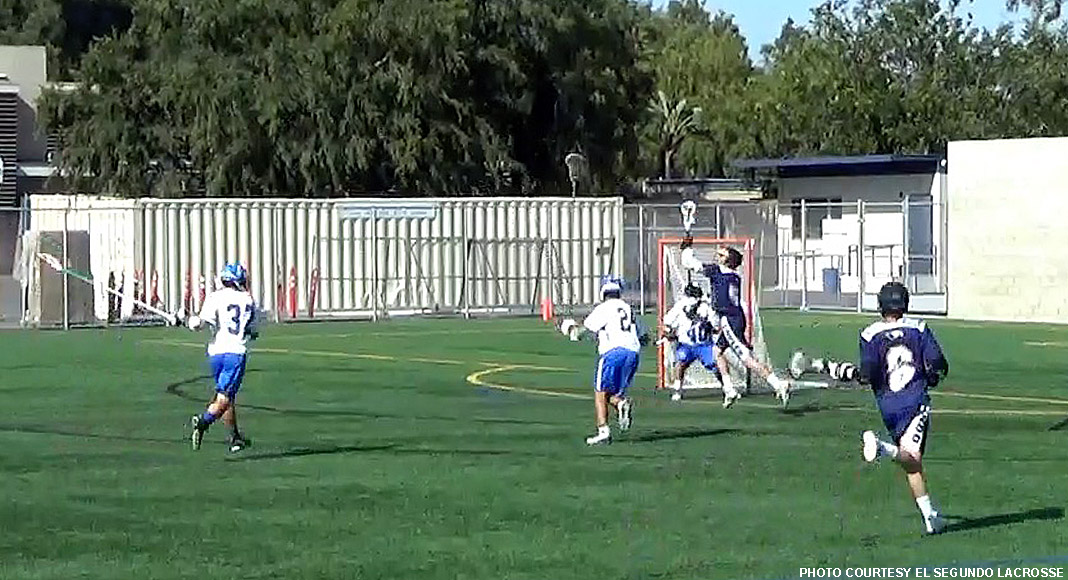 “Culver always plays hard, and we love playing them,” Eagles coach Brooks Roscoe said via email. “This contest today is going to make the rest of the Ocean League games more interesting.”

No. 16 Santa Monica is 4-0 in league play, and Wednesday’s win keeps El Segundo within striking distance at 3-1. Culver City is 2-2 in league.

The Eagles (4-7) were bolstered by the return of goalie Michael Bachofner, who had 12 saves in a huge effort since returning to lacrosse after a winter playing Junior hockey in Colorado.

“It’s nice to have Michael back in the net,” Roscoe said. “All those minutes watching pucks fly at him must have helped keep him sharp.”

After a nonleague matchup at Brentwood on Monday, El Segundo plays host to Santa Monica on Wednesday in a game that could determine the league champion. Of course Culver City will have something to say about that — the Centaurs face Santa Monica on Thursday, then face El Segundo again in the last game of the regular season April 27.