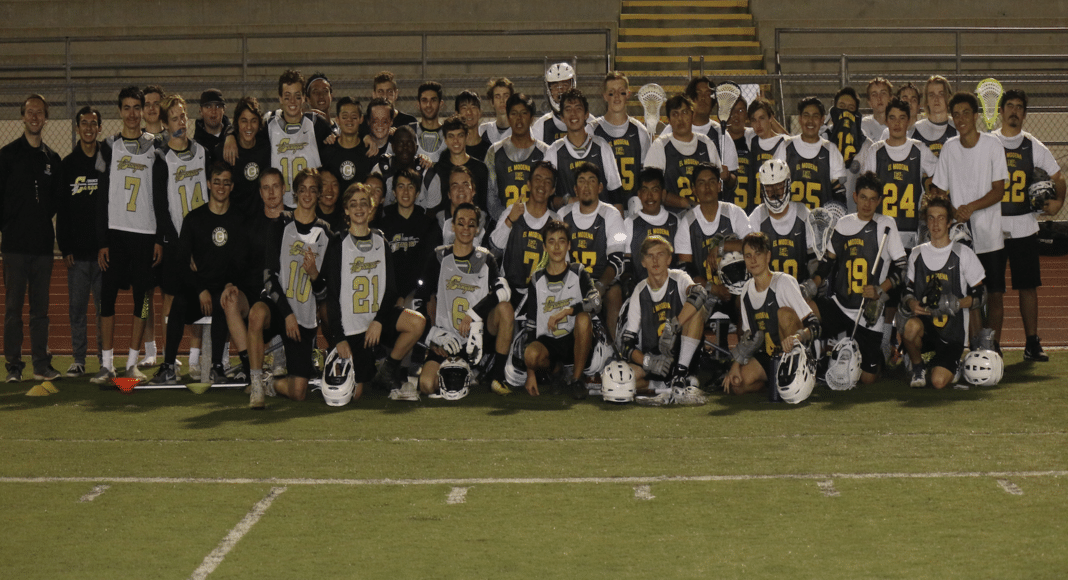 A little over 10 years ago lacrosse did not exist as a CIF sport in the Southern Section. Each year the sport has been adding teams, and through the inclusion of teams like Canyon and El Modena, there are now no. 99 teams boys lacrosse teams in the CIF SS, seventeen shy of the magic number to qualify for CIF-sanctioned playoffs.

Canyon Head Coach Nathan Kleponis believes beieves that the addition of lacrosse to the OUSD sports programs will benefit the entire community.

“I think it’s something that’s been long overdue,” Kleponis said. “The people, community, and the kids, more specifically, just want to play lacrosse.”

As far as the game itself, the first half, however, was a low-scoring affair filled with big-game jitters coming from both sides. By halftime, El Modena and Canyon were at a stalemate as they each owned two goals apiece.

In the third quarter, Canyon started to settle down, which allowed them to get into a rhythm and shoot with much more composure. As soon as the Comanches scored the goal to put them ahead 3-2, the floodgates had opened, tacking on four more goals en route to their first win in the all-time series against the Vanguards.

Kleponis said he feels ecstatic to be a part of history and when asked about whether his young program can one day compete with the established powerhouses of Orange County, only one answer quickly came to mind.

“Absolutely,” he said. “We’ve had a fantastic start for a first-year team and with just the hunger that the kids have for the game, I think that’s going to take us really far.”