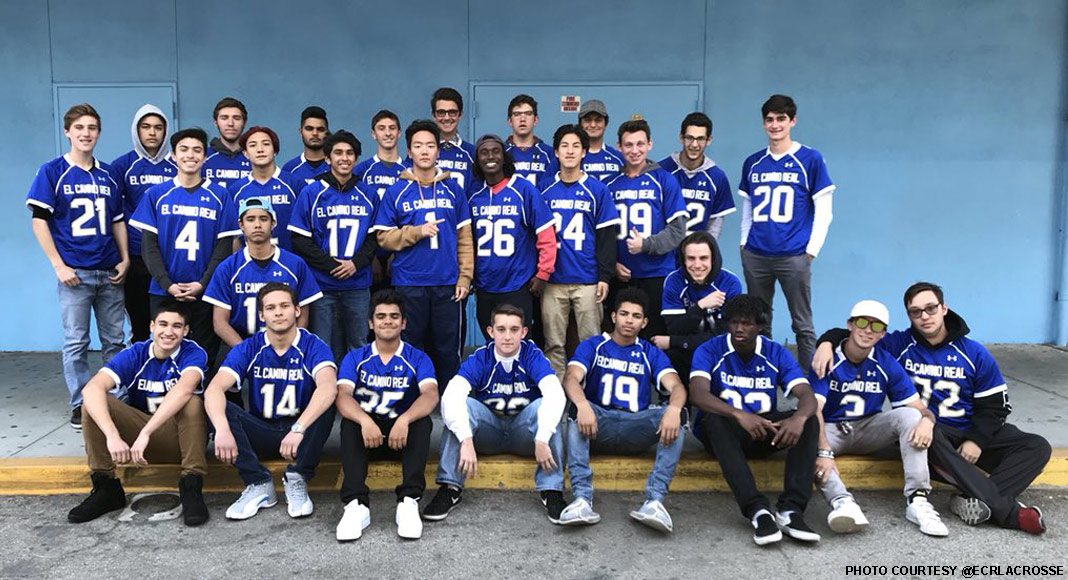 Nevertheless, it was a memorable opener for the brand-new City Section program, which will compete with VAAS, Birmingham, Palisades and Hamilton in the City A Division. Jordan, Westchester, Hollywood and North Valley Military Academy make up the City B Division.

El Camino is the only new program in the City Section this season. The Southern Section added nine new programs, bringing its total to 97 boys varsity teams. For playoff purposes, the Southern Section requires there to be 116 schools playing lacrosse before the section will hold on official postseason championship. In lieu of that, the LA chapter of US Lacrosse has sponsored a postseason tournament. The City Section already hosts a postseason championship.

Monday, El Camino opened with a bang when Garrett Kim won the opening face-off and scored within the game’s first six seconds, according to the @ECRLacrosse Twitter account. Kim finished with 17 face-off wins and six goals for the Conquistadors. Jeremiah Adams-Cuevas scored three goals and Spencer Mandel and Eli Dugan scored one each.