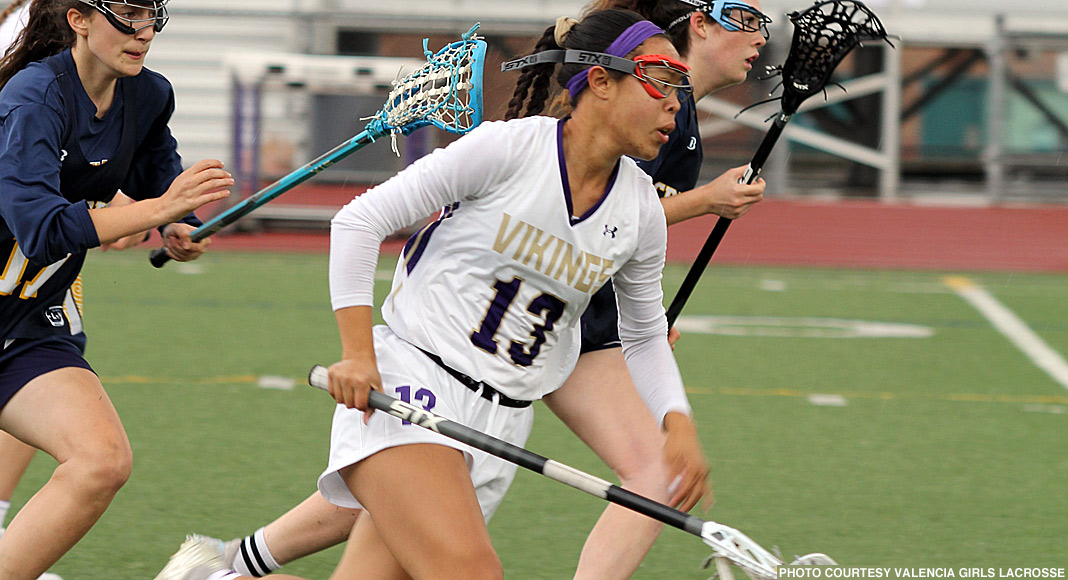 An eight-goal run late in the first half sparked host Valencia to a 19-7 victory over St. Monica on Wednesday, improving the Vikings’ record to 6-2 on the season.

St. Monica scored first, three minutes into the game, but Valencia roared back with three straight goals from junior middie Kat Lin and a goal from Katie von Mecklenburg, giving the Vikings a 4-1 lead.

Back to back goals by St. Monica (4-7) cut the lead to 4-3, but sophomore attack Jayden Yamasaki outraced two St. Monica defenders to reach a loose ball and goose it to teammate Lea Hwang. Hwang made a quick cut past two defenders and buried the ball in the back of the net, swinging momentum back to the Vikings.

That goal — and von Mecklenburg’s dominance on the draw (24 of 27) — ignited the Vikings’ offense. Valencia went on to score seven more and take a 12-4 lead into the break.

The Vikings have a busy week next week with games at La Canada on Monday and home games with Oaks Christian on Wednesday and Birmingham on Friday.

Information and photos for this report were submitted by Valencia Girls Lacrosse.