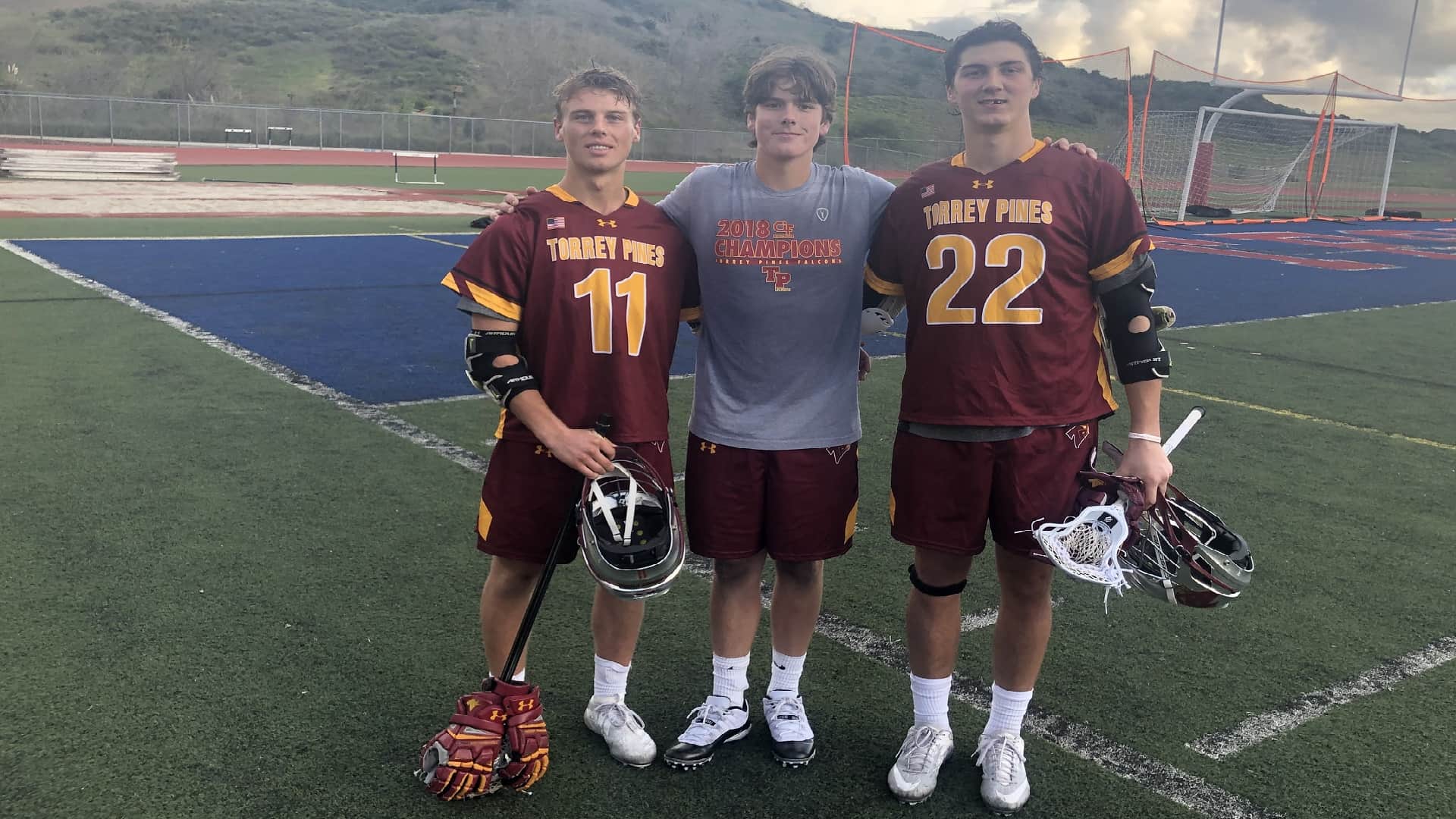 In a battle between two of Southern California’s best boys lacrosse team, Torrey Pines beat Loyola 16-4 on Saturday at Tesoro High School in the TITANium Classic.

“We manufactured a lot of goals in unsettled situations, in transition and broken plays and we scrapped and clawed ways to get goals. I think Dewey Egan got us off to a good start with a couple goals, we just rode his coattails for the first quarter,” Falcons coach Jono Zissi said.

The first minute of the game looked promising for the Cubs, as Joe Tatum scored the first goal for them, giving them a 1-0 lead. In addition, Loyola also went a man up for a minute after the goal as well.

30 seconds after the penalty was killed, Egan got Torrey Pines on the board and he wasn’t done there. Four of Egan’s six goals came in the first quarter, as the Falcons led 5-1 after the first period.

Loyola didn’t score its second goal until the 5:35 mark of the second quarter, when Aiden Lee scored, cutting the lead down to 7-2. But the Falcons were able to add two more courtesy of Tullar and Egan in the last 30 seconds to put the Falcons up 9-2 at halftime.

Torrey Pines eventually built a 12-2 lead when Owen Gaffney scored for the Cubs near the halfway mark of the third quarter. But the Falcons were hardly fazed by the goal, as they rattled off the next three goals, putting the game out of reach.

“We just got to keep getting better, it’s still early in the season. We went against a very good team today. We can’t get too high or too low off of wins or losses,” Cubs coach Jimmy Borell said.

Blake Erlbeck and JC Iglinski-Stannard both scored twice for Torrey Pines while Griffin Grant, Teagan Bultman and Griffin Crawford each had one goal. Zissi said that Bultman excelled at the faceoff position for the Falcons.

Alex Horowitz, Gaffney, Lee and Tatum each scored once for Loyola. Jake Snider excelled at the goalie position for the Cubs as well.

“We knew they had Horowitz and Gaffney, two of the better players in the state and we keyed on them and tried to make every shot they had difficult or try to make it as hard as they could to score goals,” Zissi said.

Up next for Torrey Pines (2-0) a home game against Woodlands of Texas on Tuesday at 7 p.m. For the Loyola (2-3), its next game is Monday against Mission League foe Notre Dame of Sherman Oaks at 7 p.m.