Edward Eisenhower is the Student Athlete of the Week 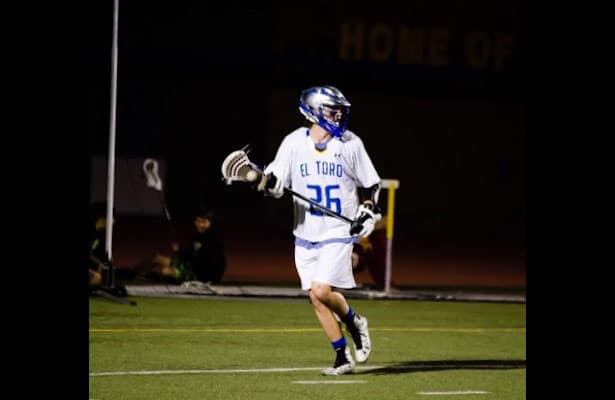 Edward Eisenhower is the student athlete of the week.  The El Toro senior is the consummate student athlete.   When he isn’t scoring goals for the Chargers he keeps himself busy by keeping up his  4.29 gpa, earning a full IB diploma and debating international issues with the Model United Nations program.  He also has a black belt in tae kwan doe, is an avid piano player, and loves to surf, golf and sail.  Eisenhower has not decided on a college yet but has narrowed his list down to Brown, Marquette, and Nebraska.

El Toro’s offensive coordinator Chris Nunzieatta says “Edward is a team first guy that is willing to play wherever the team needs him.  He started out of position this season as an attackman to help fill a void on the team but has now settled into his natural midfield position.”

The Student-Athlete of the Week Award is sponsored by the Men’s Collegiate Lacrosse Association. Edward will receive two tickets to the 2016 MCLA National Tournament powered by Under Armour, which will be played at UCI and Chapman University May 9-14, 2016.