Edison Moves to 2-0 with win against Dana Hills 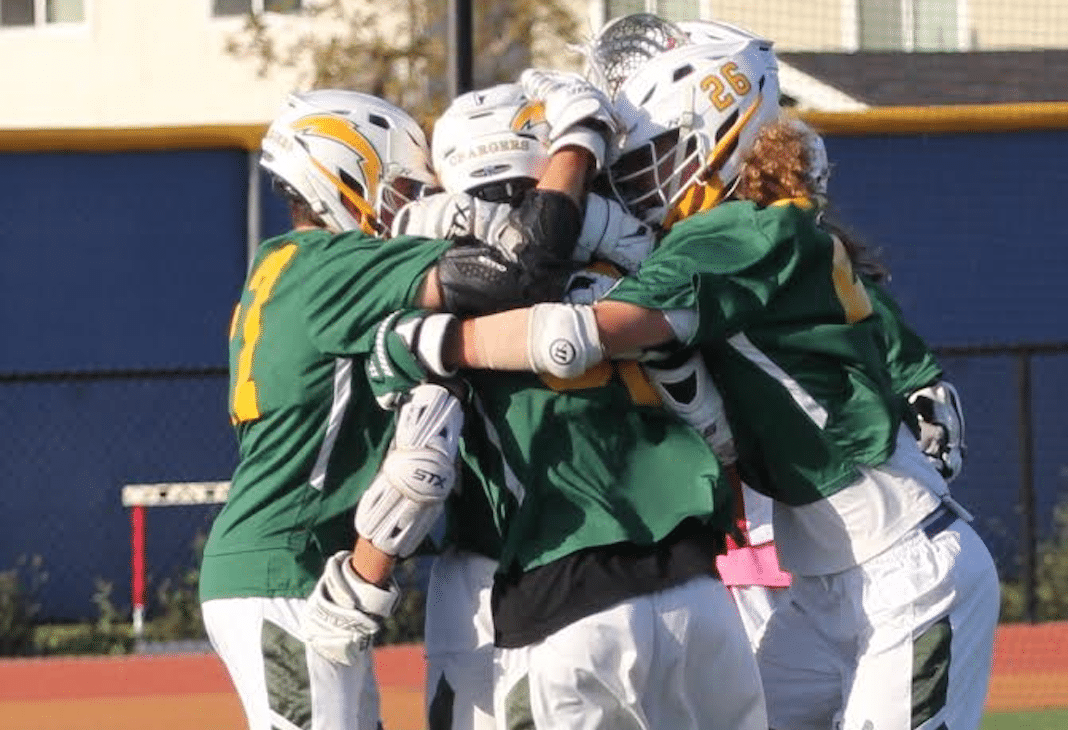 Dana Point – The Edison’s boys’ lacrosse team moved to 2-0 on the season with a 13-7 win over Dana Hills on Wednesday at Dana Hills High School.

Drake Choi led Edison with four goals and an assist while AJ McLean had three goals and an assist. The Chargers also got contributions from Paul Hallstrom who had two goals and Trevor Ambrose, Desi Perdomo, Even Welman and Dom Dehak who each had one goal.

After Edison gave up the first goal of the game to the Dolphins, the Chargers scored two goals in a row to take a 2-1 lead. The Dolphins tied the game at 2-2, but could not muster any more points off the Edison defense for the rest of the half.

With the Dolphins weren’t able to score, the Chargers took full advantage and scored seven straight goals to take a 9-2 lead by halftime and never looked back.

The Chargers will look to make it three wins in a row, as they play Los Alamitos (0-4) in their first home and league game on Saturday at 2 p.m.