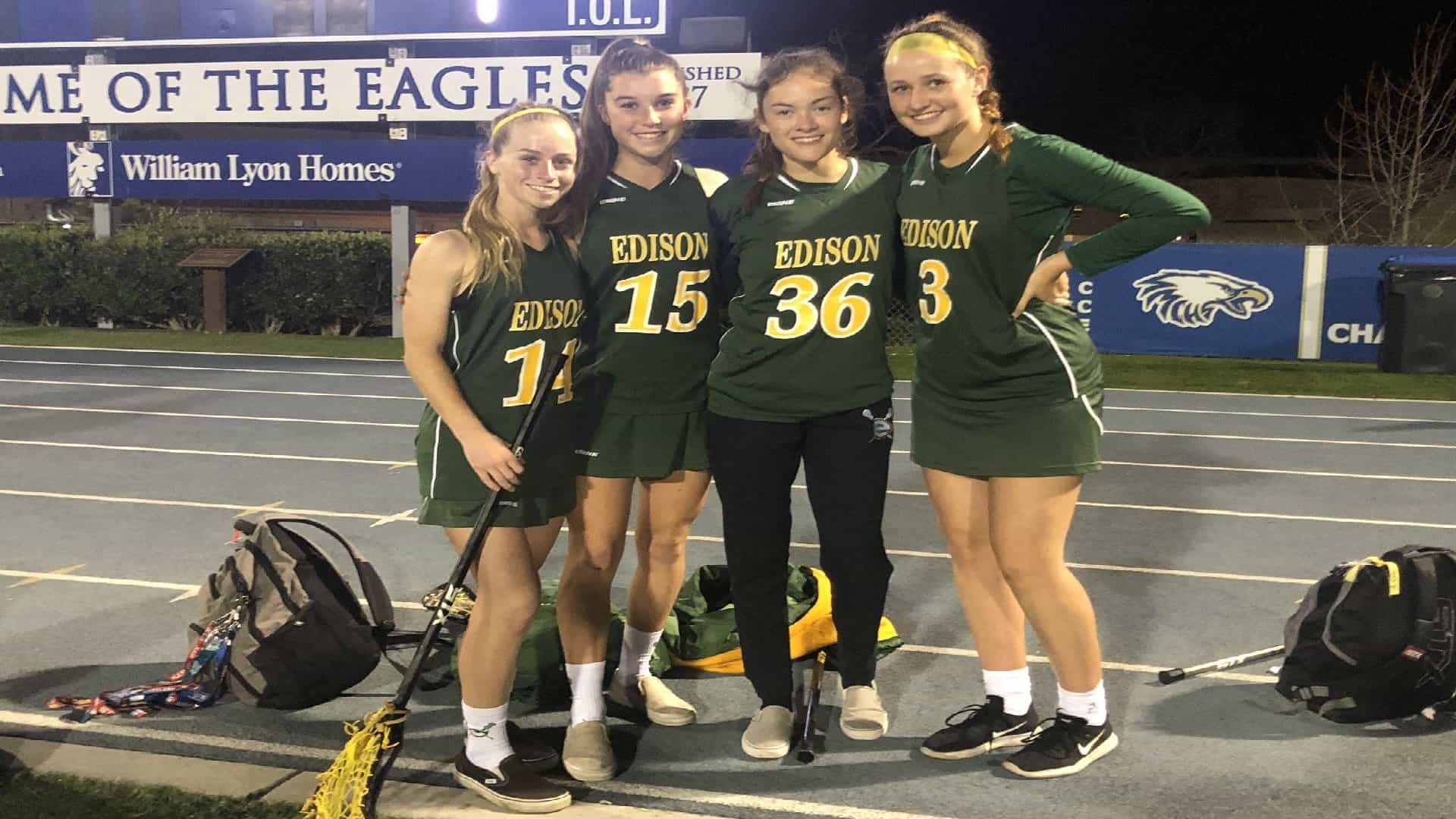 “I just think we never gave up. We play the game as every single battle we fought, our hardest. That’s our thing we do best as Edison girls lacrosse,” Bryant said.

From the opening faceoff, neither team had trouble finding the back of the net and found themselves in an early 5-5 tie.  A Molly Jacobson goal gave the Eagles their only lead of the game at 6-5 but the momentum was short lived. The Chargers responded in a big way with four consecutive goals, which gave them a 9-6 lead and eventually a halftime lead of 11-8.

“They worked really, really hard. They played fast, they worked hard throughout the whole game and they didn’t give up one bit,” Smart said.

With the score at 12-9, Edison scored three straight goals to give them their biggest lead of the game at 15-9 before Santa Margarita responded with three goals of their own to make it 15-12. Melanie Wieland ended any hopes of a comeback, as she sparked another three-goal run, which eventually put the Chargers up 18-12 at the 9:28 mark.

Trailing 21-14 with 5:09 left and no time outs remaining, the Eagles tried to make one more push, scoring two straight goals from Jacobson, making the score 21-16. But they couldn’t get any closer and a jubilant Edison team flooded the field in celebation when the clock struck zero.

“I think they’ve (Edison) got some really strong players. They’re a competitive program, they’re well-coached and they came out a showed us that today,” Eagles coach Katie McHugh said.

Wieland and Sydney Hoggard each had two goals for Edison while Lehua Roth chipped in one goal. Zoe Soukup added nine saves for the Chargers.

“It’s [the win] huge. This is huge for our program, it shows that we are up and coming and we’re ready to compete with everybody,” Smart said.

Edison returns to action on Thursday when they play San Juan Hills at home at 5 p.m. Bryant said the Chargers, who are in their third year as a girls lacrosse program, plans to build off the momentum of what is most likely their biggest victory in program history going forward.

“Molly [Jacobson] is a sophomore captain for this program and she is stepping into that role just the way we need her to be stepping in right now,” McHugh said.

Santa Margarita returns to action on Tuesday at home against Tesoro at 5 p.m. McHugh said the Eagles are young with Harrison being the only senior on the team, but also plans to build off the positive momentum of Tuesday’s game.

“This year we’re very young and we’re going to have to make the adjustments on the field. What this team is lacking right now is game experience and game exposure and that’s something we’re working through,” McHugh said.