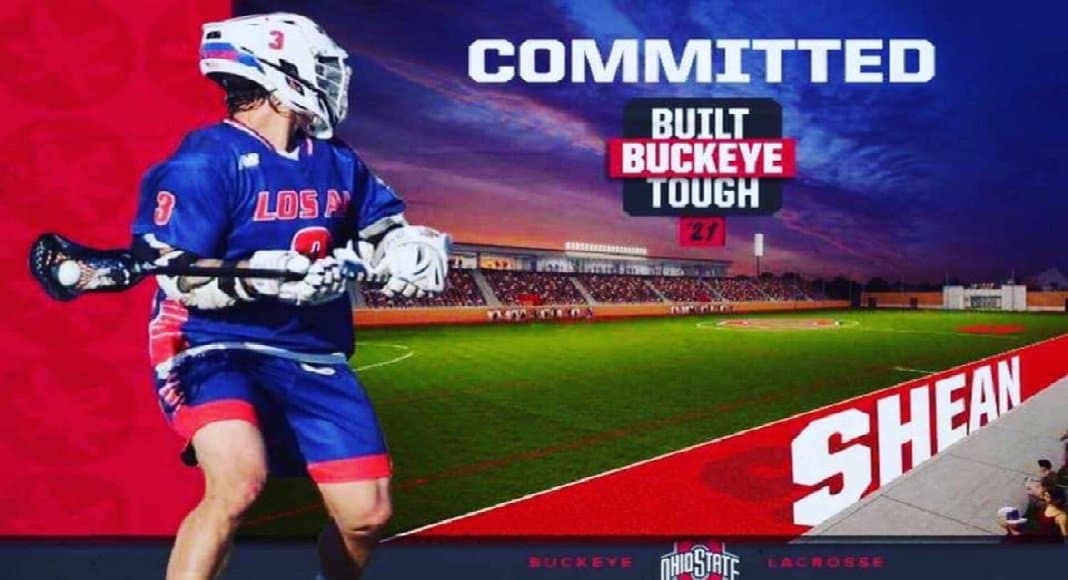 Los Alamitos boys lacrosse and basketball standout Ed Shean has committed to study and play Division 1 lacrosse at Ohio State University. The announcement was made Monday.

“All the facilities were amazing, it was just a cool vibe of the school for sure. Cool city and the coaching staff was cool,” Shean said.

Shean, a junior, is already a two-time all-county recipient and returning co-captain. He has been a huge part of the Griffins’ success the past two seasons, totaling 93 points (51 goals and 42 assists) his freshman year and 95 points (50 goals and 45 assists) his sophomore year.

“We are so unbelievably proud of Ed and excited for his commitment to Ohio State University! Can’t wait to root him on when he gets to the next level,” Griffins coach Tim Fox said. “You earned it Ed, Congratulations!”

Fox added that Shean has a high IQ for the sport of lacrosse and that when he is on the field, he makes everyone around him better. In addition, Fox said that Shean constantly improves as a player and has great passion for lacrosse.

“HE has put in the work, HE has earned it, and we (anyone who has coached, played with or vs, or had the pleasure of knowing Ed) are so proud of him and excited for his commitment to Ohio State University,” Fox said.