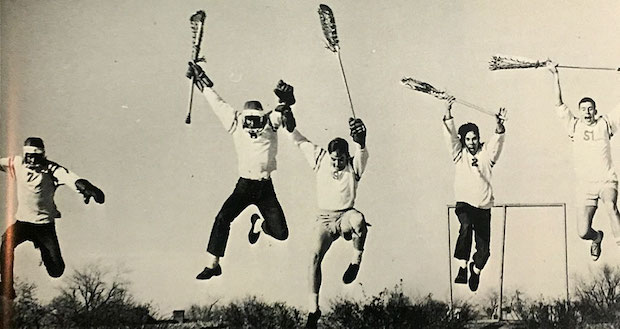 East High School is celebrating 50-plus years of lacrosse this weekend with an East-Manual lacrosse reunion. The festivities start at 9 am with the JV game against Colorado Academy at

the East High turf field. The varsity game follows directly after, during which all East-Manual lacrosse alumni will be honored during a special halftime ceremony. Jon Barocas, the East coach for more than 30 years, will be presenting a special gift to the school, as well.

East-Manual lacrosse is deeply rooted in the history of Colorado lacrosse and is a contributing factor in the growth and popularity of the sport over the years.  East-Manual was one of the original teams to play lacrosse in the state starting in 1965.  They competed against Fountain Valley, Colorado Academy, Denver Country Day (now Kent Denver), George Washington, Adams City, and Cherry Creek.  This handful of teams with their passionate players and coaches provided the nucleus for lacrosse in Colorado.

Jon Barocas, the man responsible for the success of lacrosse at East-Manual, took over coaching in 1979. He lead the team to its first state title in 1985 and followed with eight more titles, the last one in 2000.  While at East he was responsible for developing the two-league system that is still in place today in Colorado high school lacrosse.

East High School, under coach Barocas, was the first Colorado team to travel to the East coast to play the teams in the traditional hotbeds of lacrosse.  East not only competed but succeeded and brought recognition and respect to Colorado high school lacrosse.  Today many Colorado teams travel to both coasts to compete against the top teams in the country. 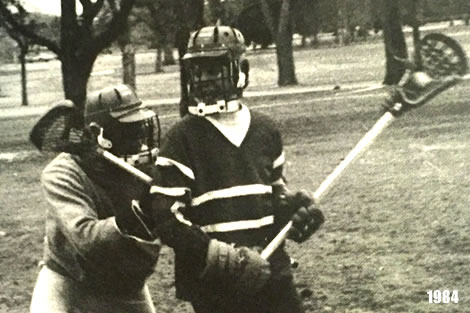 There is a long list of accomplished alumni that have played lacrosse over the years at East-Manual. This list not only includes successful lacrosse players and coaches, but businessmen, politicians (local and state) and even actors.  Here are just a few.

The 50 years of East-Manual lacrosse are impressive.  Lacrosse in Colorado would not be where it is today without the contributions over the years from the players and coaches that came through the program.

Sean McCarthy, the current coach, continues the East High School tradition today.  While they are not the dominate force they were in the late 80s and early 90s, they are still a competitive program that is consistently in the 5A state playoffs and promotes lacrosse the right way when they play in Colorado and wherever they travel.

Saturday’s event should be fun and a trip down lacrosse memory lane.  Here is a link to the schedule of events: http://ehslax50.com/