Early Burst Lifts No. 6 Lancers Past No. 7 Oaks Christian 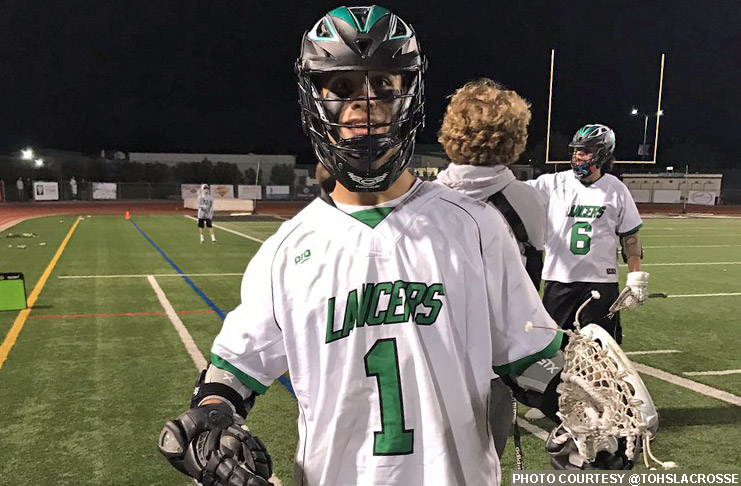 No. 6 Thousand Oaks scored five unanswered goals in the first half to take control, then answered every challenge from No. 7 Oaks Christian the rest of the way, winning the Marmonte League contest 9-7 and handing the Lions their first loss.

Elsewhere in the Marmonte League — where five of six teams are ranked in the Top 10 of the coaches poll — No. 8 Newbury Park knocked off No. 4 Agoura 7-4. Thousand Oaks plays at No. 9 Westlake on Friday. Oaks Christian plays at Agoura.

Cort Rogers and Lorenzo Santor scored two each to lead the Lions (6-1), and Danny Redell, Mike Spaeth and Carson Campbell each scored one. Ronny Redell and Jack Lenthall were credited with assists.

Oaks Christian opened the game with goals from Danny Redell and Spaeth to take a 2-0 lead, but then the Lancers went to work. Two goals each from Asbury and Riggio and one from Whinery gave T.O. a 5-2 halftime lead.

Oaks pulled within 5-3 early in the third period, but Asbury scored back-to-back goals to make it 7-3. The Lions added one more and headed to the fourth quarter trailing by three 7-4.

Conlon gave the Lancers their first four-goal margin early in the fourth at 8-4, and the game appeared well in hand. But the Lions scored twice more to make things interesting, until a Whinery goal essentially put it out of the Lions’ reach.