Eagles Fly Away from Servite with Fourth Quarter Surge 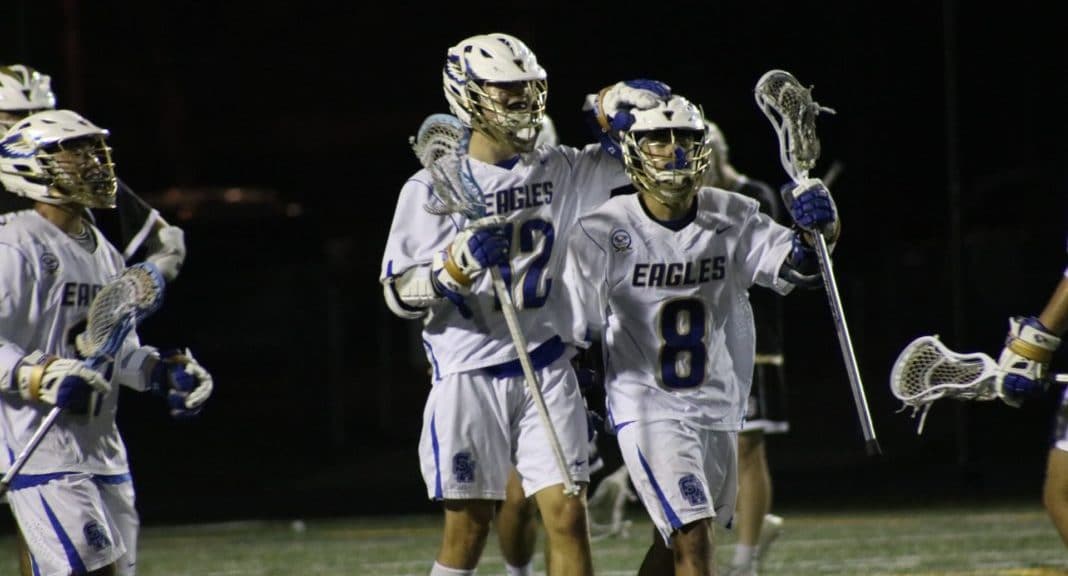 SANTA MARGARITA-No. 4 Santa Margarita began their quest for a third consecutive Trinity League championship with an 11-6 victory over No. 11 Servite.  The Eagles saved their best for last, scoring five goals in the fourth quarter to open up what had had been a hotly contested match through the first three.

“We opened up strong,” said Servite head coach Tom O’Leary. “Just got to be a little more stingy with the ball.”

The two teams engaged in a toe to toe defensive battle throughout most of the game with Servite refusing to let the Eagles get the upper hand until late in the third quarter when . when Santa Margarita took a lead for the first time all game, 6-5.  Santa Margarita did not look back after that as they outscored Servite 5-1 in the final frame to secure the 11-6 win.

“Great team win, I was really happy with how they played and came together in the fourth quarter,” said Santa Margarita head coach Adam Guy. “Servite did a really good job at frustrating our offense and having good possessions in the first half, so kudos to them. They always come ready to play.”

The Eagles received four-point nights from Jack Allender (3 goals, 1 assist), Ryan You (3g, 1a) and Quentin Buchman (2g, 2a). Tyler Wrightson (3g), Robert Colley (1a), and Nicholas Parrino (1a) also contributed offensively for the Eagles. Ryan Olsker had seven saves in net.

Guy credited his team with gutting out a hard earned victory.

“I was happy that we kind of just found a way to win,” Guy said. “[It] was kind of an ugly game for us. We sort of came together and stay the course and we were able to pull away towards the end. Good team win and good lesson for us and a good way to find a way to win not playing our best.”

Across the sideline, there was a positive outlook on the game from O’Leary despite the loss.

“We hung with the number four team [Santa Margarita] at that point [after three quarters],” O’Leary said. “It’s just about finishing out, finishing the game completely.”

Both teams will resume Trinity League action this week as Santa Margarita will host Mater Dei (1-0, 2-11) Thursday at 7 p.m. and the Friars will travel to San Juan Capistrano to take on JSerra (0-1, 5-8) on Friday.