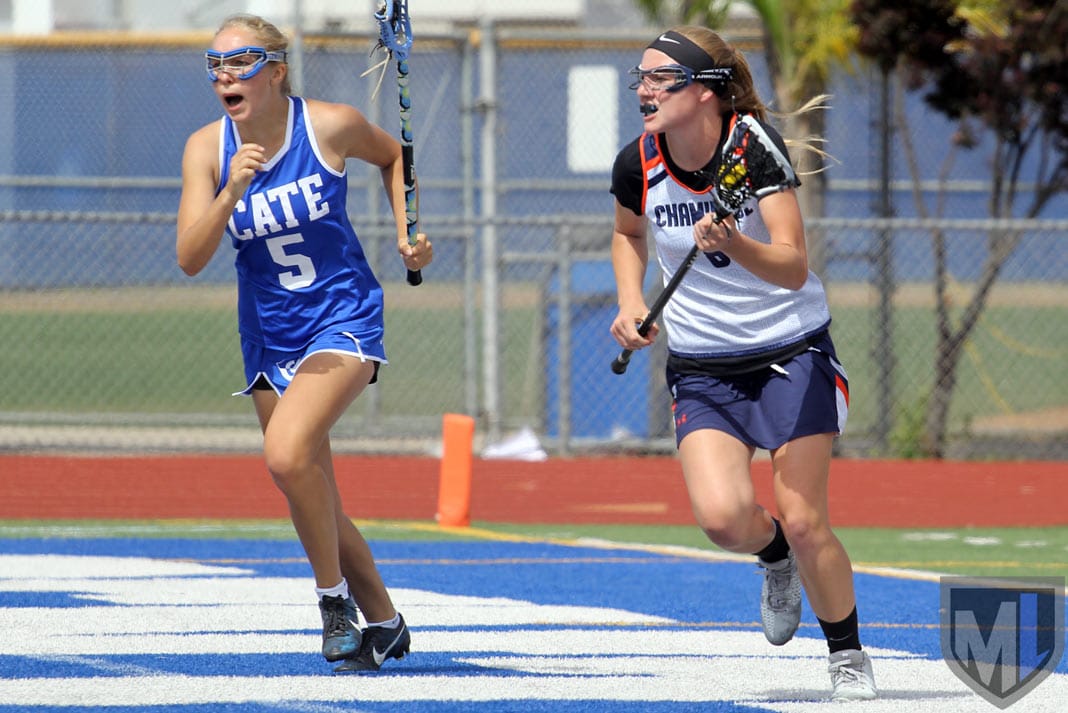 Senior midfielder Cate Mackel of Chaminade, named a US Lacrosse All-American as a junior last spring, announced her commitment to play NCAA Division I lacrosse at Elon University in North Carolina.

Answering questions via email, Mackel said she spent her summer visiting schools like Duke, Syracuse, Oregon and Elon and wound up with two official offers — Elon and the University of Cincinnati. “I knew what the right choice was once I went to Elon’s campus and met the other commits from my class and the incredible coaching staff,” she said.

“Ultimately, I was looking for a school that had my academic interests and also matched my athletic ability,” Mackel said. “Elon has an amazing coaching staff and group of girls that I feel I would fit in with and perform at my highest level with. Also, I have always wanted to play for a Division I team that is in the Top 20, and Elon fit under that, as well. Lastly, I wanted a medium-sized school where I could pursue my dream of being a sports broadcaster, and Elon has the resources for my educational interests, too.”

Super excited to announce that I have committed to play Division 1 lacrosse at Elon University!!!! GO PHOENIX❤️💛 pic.twitter.com/16VBTXyv8m

Mackel also said, though, that she wasn’t sure her dream of playing D-I would come true until a conversation last spring with Maddy Morrissey, a coach with the Santa Monica Dragons and Marlborough School who played at Duke and was a graduate assistant at Elon in 2015.

“During my junior high school season,” Mackel said, “I thought that all Division I schools were done recruiting, so I was just planning on trying to walk on to a team in college. Maddy saw one of my high school games and told me that I need to play Division I and that no one is ever finished recruiting. She refocused me, and I worked the hardest I ever have this past summer to get where I am now.”

Chaminade head coach Scott Cohen, though, deserves a lot of the credit for helping Mackel along the way.

“My high school coach, Scott Cohen, has been one of the biggest supporters of me playing lacrosse at the highest level,” she said. “He has been there since the very beginning of my lacrosse career, and I know that he will be a mentor for me until the end. I thank [Morrissey and Cohen] so much for helping me get to this point, and I am going to continue every day to be the best lacrosse player I can be.”

Cohen said he first met Mackel when she attended his lacrosse camp as a sixth grader. He has coached her ever since, and together they have propelled Chaminade to the US Lacrosse LA Final Four in each of the last three seasons.

“Watching Cate grow not only as a lacrosse player but as a person all these years has made an impact on me as a coach,” Cohen said via email. “To see how hard she has worked to get to where she is has inspired everyone around her.”

Mackel was the focal point of Chaminade’s offense last season, scoring 133 points (89 goals, 44 assists) to lead the Eagles to their first appearance in the US Lacrosse Los Angeles championship game after two previous semifinal losses. She scored 63 goals as a sophomore.

Elon, in only its fourth year of competition last spring, went 13-7 overall, reached the Colonia Athletic Association title game and made its first appearance in the NCAA Tournament. The Phoenix ended the season ranked No. 19 in the IWLCA Coaches poll and No. 20 in both the Cascade/Inside Lacrosse media poll and the Nike/US Lacrosse poll.