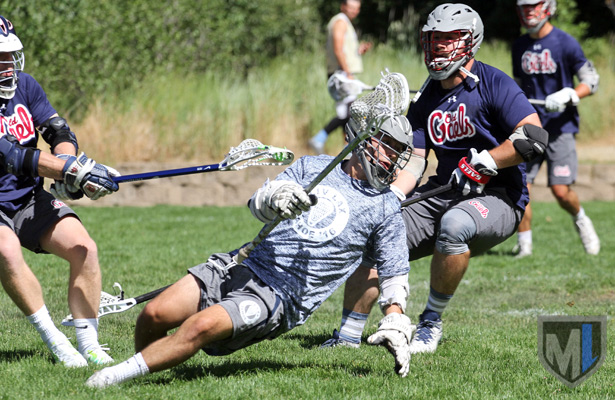 Both San Diego-based Dub C and LA-based Liv Lax went 3-1 in the open division of the 2016 Lake Tahoe Lacrosse Tournament over the weekend, with Dub C winning its pool before losing in the quarterfinals and Liv Lax losing to eventual runners-up West Sunset in pool play before winning twice in the consolation bracket.

Marin Lacrosse Club won the open division title for the 11th time, going 5-0 and beating West Sunset 8-4 in the title game. West Sunset is made up largely of alumni from St. Ignatius High School in San Francsico, including many former and current NCAA D-I players.

Marin advanced through the 32-team field by winning two pool games — 10-2 over the LA Bombers and 5-4 in overtime over Salt Shakerz — then beating San Diego’s Shooterz Lacrosse 6-3 in the quarterfinals and San Francisco’s O Club 10-8 in the semifinals.

The open division consisted of 32 teams split into eight four-team pools that were seeded to determine day-one matchups. Pool winners advanced to the quarterfinals; everyone else dropped into the consolation bracket for games Saturday and Sunday.

The Dub C Master’s squad (30 and older) finished second in its eight-team Tahoe Lacrosse division, winning three in a row before falling to O Club in the title game.

Here’s a quick rundown of the local squads in the Tahoe Lacrosse Tournament:

Made up of former collegiate players from all over the West — but, we’re told, primarily San Diego — Dub C won its pool easily, beating Dodge Fathers 10-1 and Team Vegas 10-2 to reach the quarterfinals. There, though, the squad lost a close one to San Francisco’s Barbary Coast 8-7 on Saturday. Dub C, which also had LA players Dustin Doty (Crespi/Wagner) and J.D. Johnson (Loyola/Michigan), bounced back Sunday to beat Shooterz 6-3 in a consolation game.

That's a wrap from Tahoe! 3-1 and can't wait until next year!!! pic.twitter.com/xpJQUAlvuO

Run by Crespi head coach Brock Livingston and featuring a bunch of recent LA high school alumni and a couple of local coaches, Liv Lax went 1-1 in pool play Friday, beating the Old Gaels of St. Mary’s 14-0 before losing to West Sunset 15-3. Liv Lax followed with consolation wins Saturday over San Francisco 7-6 — after falling behind 2-0 — and Sunday over Palo Alto 8-4.

Much of the Liv Lax offense came from Smith, Radenberg, Doyle and Consoletti, who had four goals in Sunday’s game. Melero took most faceoffs and was able to generate some offense himself, scoring a few goals and picking up a few assists, as well. Weireter and Bell alternated games in goal, and each played midfield or defense when not in goal. Both also spelled Melero at the faceoff dot from time to time.

San Diego-based Shooterz beat the Tahoe Dawgs 15-6 and San Francisco 10-2 to win its pool, but a quarterfinal matchup with eventual-champion Marin brought the team’s first loss, 6-3, and Shooterz followed with a 6-3 loss to Dub C in a consolation game. Westlake alums Luke Kuchta (Oregon) and Cyle Moskowitz (Ferrum) played for Shooterz.

Members of the Southern California Post Collegiate Men’s Lacrosse League (SCLAX), the LA Bombers lost 10-2 to Marin and 15-4 to Bigfoot Lacrosse (Bend, Ore.) in pool play, then lost to Big Blue 11-1 in consolation before beating Long Beach 9-7. Ernie Melero (Manual Arts ’10/Tufts ’14) — who coaches with City Lax and the Santa Monica Dragons — and a couple of other Bombers (rosters are pretty flexible at these events) joined Liv Lax during the tournament.

The fifth SoCal team to make the trip north represented Long Beach, which has both an MCLA team at Cal State Long Beach and a U-Lax club team. At Tahoe, Long Beach lost to San Francisco 10-0 and to the Tahoe Dawgs 12-1 in pool play, then lost 8-3 to Old Gaels and 9-7 to the LA Bombers.