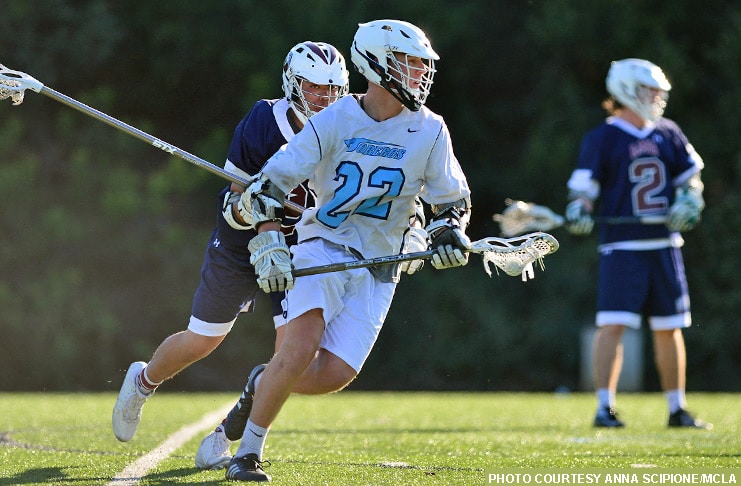 ATLANTA — Going up against Division I Loyola Marymount, San Diego junior attackman Drew Harvey factored in nearly half the Toreros production in a 20-3 victory, earning him the MCLA Division II Commanding Performance of the Week powered by Under Armour for the period ending Feb. 5.

“Drew has been the quarterback of our offense since the day he stepped foot on campus three years ago,” said San Diego coach Matt Paur. “He’s got a great feel for the game and is the epitome of a selfless player. He’s always looking for the open man and would rather assist a teammate than score himself.

“He had a big game directing our offense against Loyola Marymount, and I’m expecting a lot more performances like that out of Drew this season. I’m especially proud of the way he’s stepped up as a leader this year. He’s someone the rest of the team will lean on to guide them through a tough schedule this season.”

For his efforts in earning the Commanding Performance of the Week powered by Under Armour, Harvey will receive a new Under Armour Command Head — a $100 value. Under Armour is the proud sponsor of the MCLA.

Kevin Norman, Sr., Appalachian State
Norman netted six goals and set up three others, factoring in on nine of the 15 goals scored by the Mountaineers.

Garrett Greenway, Soph., Southern Oregon
Southern Oregon traveled to Humboldt State, and Greenway made sure the Raiders went home victorious after dishing out six assists in a 15-3 triumph.