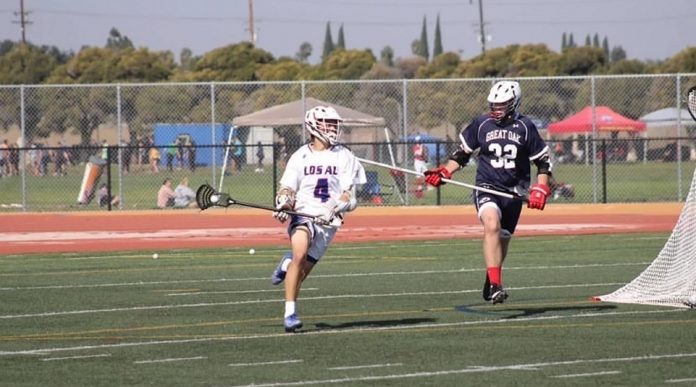 Los Alamitos junior standout Drew Anderson announced Monday on Instagram that he has committed to study and play Division 1 lacrosse at Marist College.

“I really like the coaching staff and the culture of the team. I don’t know anyone on the current team but I have been talking with the other 2022 recruits,” Anderson said.

In addition to the opportunity of playing on the men’s lacrosse team, Anderson was also drawn to Marist’s business program and the campus.

“The campus is right on the Hudson River and I thought that was really cool and it’s just all around a beautiful campus,” Anderson said.

Anderson made a tremendous impact in his freshman year, finishing as the Griffins’ no. 2 scorer with 53 points (42 goals, 11 assists). He helped helped the Griffins go 3-2 in his pandemic-shortened sophomore campaign.

Marist went 3-3 last season. The highlight of the season was a landmark 17-9 victory over No. 9/No. 7 Army, the highest ranked team the Red Foxes have ever defeated.