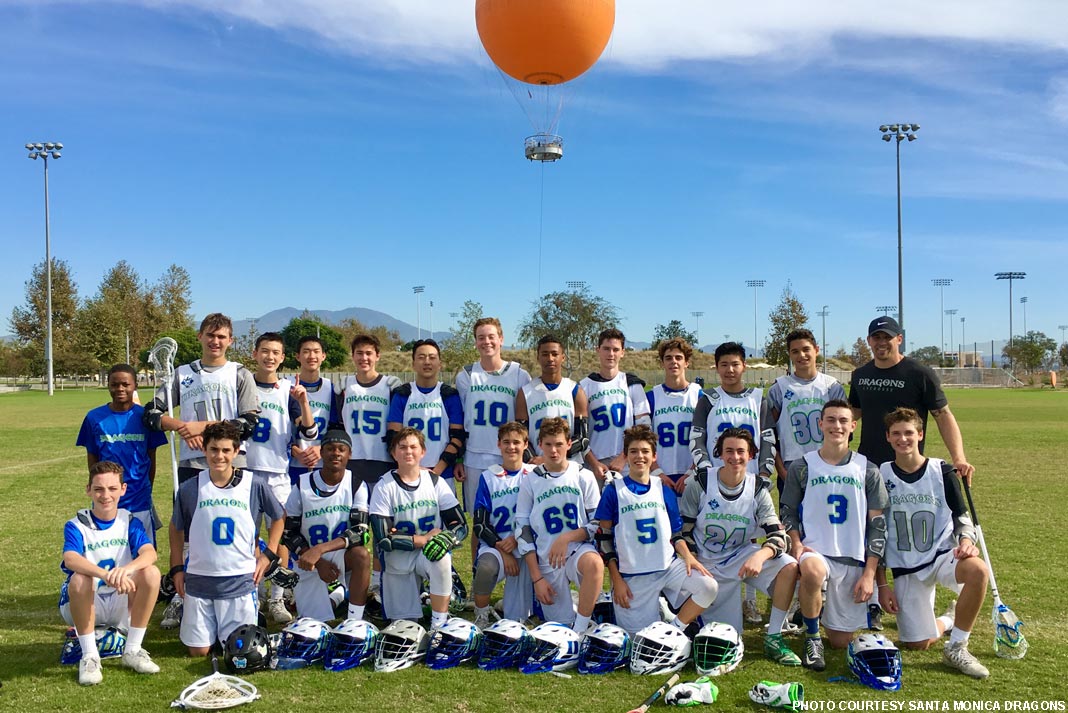 The Santa Monica Dragons HS Elite 2020-21 squad went undefeated over the weekend to claim the championship in the Darth HS division at the OC Fall Brawl in Irvine.

“It was a great team effort that started with a strong defense and very solid goaltending,” the Dragons wrote in a club newsletter. “The midfield and attack made the most of their scoring opportunities but also pitched in on some great team defense. The attack did an excellent job riding and prevented our opponents from establishing a clear. And our face-off lines played extremely well together to gain a huge possession advantage, even when we didn’t win the face-off.”

Dragons 2022 didn’t fare as well at the OC Fall Brawl, dropping two pool games and a semifinal game before posting an 8-0 win in the fourth-place game.