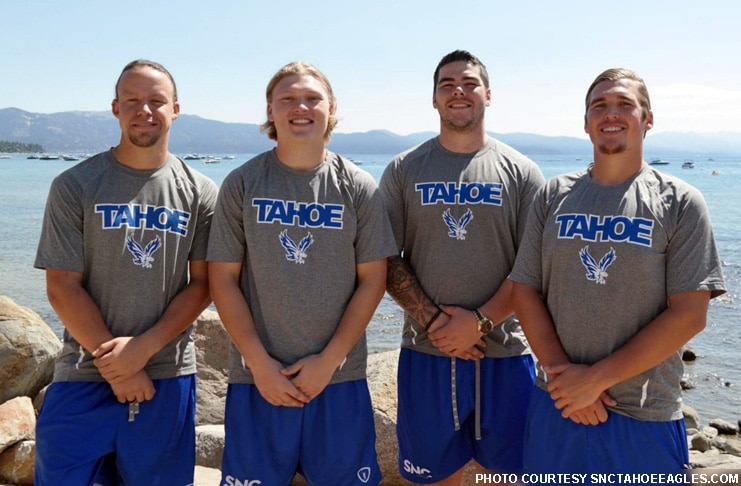 Austin Farina, a senior goalie from Downey High School, has been named one of four captains of the Sierra Nevada College (Incline Village, Nevada) men’s lacrosse team for the 2017 season.

Farina (pictured, above left) was the Eagles’ starting goalkeeper as a junior last spring, posting a .624 save percentage and 4.2 goals-against average as SNC went 12-1 and reached the MCLA Division II national tournament. He was selected first-team All-Western Collegiate Lacrosse League and MCLA D-II All-American.

“Leading a roster of 40 men can be very challenging, especially when they are your peers,” said Sierra Nevada coach Matt Blamey. “I think we’ve found four men who are up for the challenge and have what it takes to lead the Eagles both on and off of the field this year. Each brings unique experience and knowhow to the job. We’re very lucky to have them in an Eagle uniform.”

Those freshman are part of a 17-member incoming class. The Eagles graduated only four players from last season’s WCLL Champion and MCLA tournament team. In addition to the large recruiting class in 2017, Sierra Nevada returns four All-American players, as well as all 10 starters.