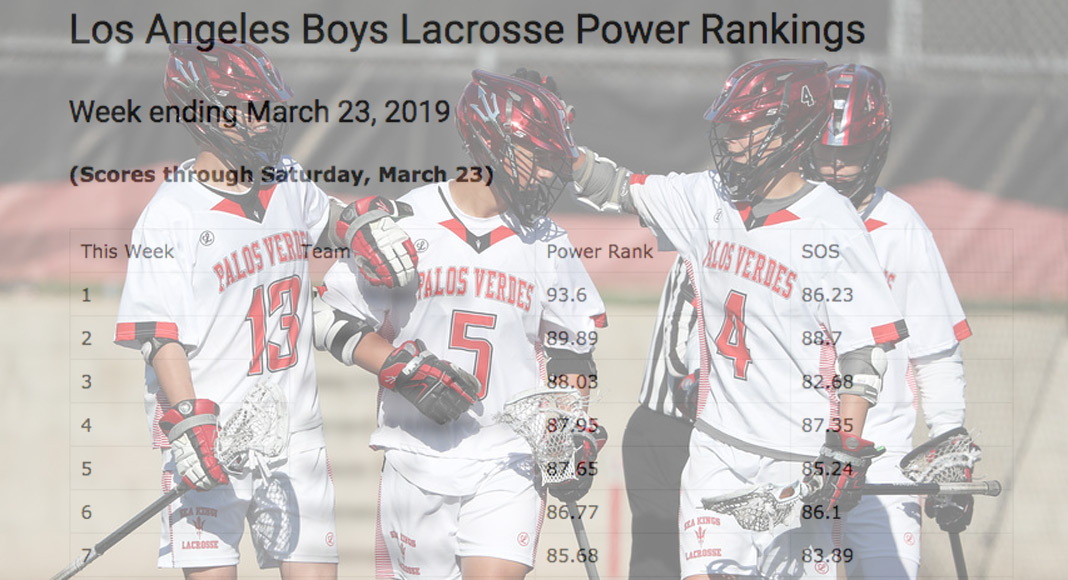 While Palos Verdes continues to lead the 2019 MaxLax LA Boys Power Rankings by a comfortable margin, the more interesting story is in the distinct tiers developing with groups of teams separated by only a few rating points.

For example, after the Sea Kings at No. 1:

All of that suggests that overall quality and depth of boys lacrosse in the LA area is getting stronger. It also suggests some tough decisions come playoff time when the seeding committee has to determine which of the teams between six and 10 have earned home games in the first round, as well as which of the teams rated within a few points of No. 16 earn berths in the LA Championship Tournament and which should be seeded in the LA Invitational Tournament.

Of course, it’s still March, and there still is plenty of lacrosse to be played, so a lot can change before seeding time.

Have questions or comments about the new feature? Contact us at news@maxlaxla.com.