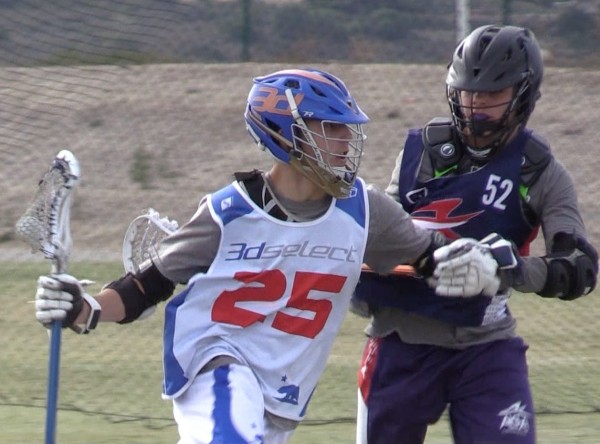 A common misconception held by many high school lacrosse players is that the ideal result of years of training and hard work must be playing lacrosse at a Division I school. But there is an amazing alternative to consider: Division III schools, a collection of more than 200 men’s and women’s programs which pair top-notch academics with exciting, highly-competitive lacrosse programs. Seth Jacoby, Division III National Director, for 3d Lacrosse provides some expert advice on the benefits of Division III and the recruiting process.

3d Lacrosse CEO Jamie Munro has said that “every player can and should find a college home.” The 230 men’s Division III lacrosse programs (and 270+ women’s programs) that range from somewhat relaxed to stringently competitive represent an exciting option for motivated student-athletes. For most players, Division III can offer a wider array of choices than DI in several key areas, including academic excellence, generous financial and merit aid, a sound balance of life-social-sport activities and, of course, competitive lacrosse.

Because of the many advantages these schools offer, top Division III programs such as Tufts, Rochester Institute of Technology (RIT), Lynchburg, and Salisbury are comprised of numerous players who declined or were in the running for DI scholarships. DI schools’ tendency to recruit early means that they fill their rosters quickly and often miss out on great players that develop their game or physically mature later in high school. DIII schools are becoming increasingly competitive on the field such that the gap between the top DIII programs and some DI programs is virtually non-existent. Players who choose a DIII school can expect to see familiar faces they may have met at 3d Blue Chip, Jake Reed’s Nike Blue Chip, NXT’s Philly Showcase or other high-caliber tournaments or events. There is no lack of skills or determination to win among Division III athletes.

Some of the most academically challenging colleges in the country are found in Division III. Tufts, Amherst, Williams, Middlebury, and Wesleyan, all part of the New England Small College Athletic Conference (NESCAC), are often referred to as the “Little Ivies,” and represent motivated students’ top alternatives to Harvard, Yale, Princeton and others. These same schools are also home to many of the finest lacrosse programs in DIII. Players can (and should) use their lacrosse ability to gain acceptance into colleges that may have been an academic reach otherwise.

Ability to Balance Athletics and Life

Division I athletes’ lives are scheduled strictly around lacrosse. Because of this time commitment, it is virtually impossible for a DI athlete to spend a semester abroad or participate in an off-campus internship. It is also very difficult for DI athletes to major in areas like engineering or certain sciences that require extensive lab time. Alternatively, DIII schools encourage foreign travel, work-study jobs, studies that include extra-hours obligations and community and social involvement. DIII programs are permitted up to 16 days of fall practice over a four-week period (and some, per specific league rules, are not allocated any organized fall practices). However, the most competitive DIII players and programs do work on their game out of season at voluntary captain’s practices or strength training and conditioning sessions. And, of course, many players will make time for other less formal activities. During the spring Division III season, lacrosse is a six or seven day-a-week commitment and the balance for a student-athlete is just as challenging as in DI.

In Division III, an “academics first” priority is the norm and student-athletes are responsible for balancing their schoolwork and lacrosse training. This expectation does not detract from the desire and commitment of Division III players and programs to compete at the highest level, but the bottom line for these programs is academics first, athletics second.

Be a Starter or Team Leader

With so many DIII programs, gifted players have the opportunity to compete early on in their careers and play more prominent roles – often in their freshman year. Thirty-two DIII teams participate in the first round of the men’s NCAA championship tournament (versus 16 in DI), so there is an expanded opportunity to compete against athletes from across the country at the highest level. DIII also encourages and embraces the competitive spirit, skills and work ethic of dual-sport athletes, a role which is not always possible at Division I schools.

Academic Merit and financial aid packages at DIII schools frequently exceed athletic scholarships offered by DI schools. Putting in the necessary effort to excel academically as well as on the lacrosse field can pay dividends when it comes to choosing a college. DIII schools at every level have the ability to offer tremendous financial assistance packages that can broaden the parameters of the college search for many students, providing the opportunity to attend a school that may otherwise have been excluded for financial reasons.

Virtually all DIII schools reside outside of California and are located predominantly in the central and eastern parts of the country, but in the interest of diversifying their student bodies, many colleges will give California or other western players some additional consideration as an “out of region” applicant.

Do your Homework. Research, Research and More Research

At the beginning of the DIII college search it is important to set some general parameters based on the needs and desires of the student-athlete. Factors to consider include campus size and location, academic rigor, coaching staff, current players, study-abroad opportunities, alumni, and tuition cost. There is no way to examine each and every DIII school but their athletic conferences are grouped by region and general academic standards, a great starting point for student-athletes beginning their search. Efforts should begin by focusing on three or four conferences that may be a good fit either academically or geographically.

Many of the conferences in DIII contain multiple teams that compete at the highest national levels thereby establishing “power conferences” in terms of both academic and athletic prowess. Well-known examples include NESCAC, Liberty, ODAC, North Coast or Centennial though plenty of others exist.

The majority of DIII schools are smaller than their DI counterparts creating a personal learning environment with class sizes in the teens or twenties versus larger enrollments. Students are also taught more frequently by full professors rather than Graduate Assistants. Professors at these smaller schools are committed first and foremost to teaching and to ensuring the achievement of their students over a focus on academic research.

Steps to Consider When Beginning the College Search

Local directors Zach Burke (San Diego) and Chris Malone (Orange County/Los Angeles) can serve as connectors to the 3d/DIII network of alumnae while other valuable resources are alumni (best source), or first-hand conversations with club players, classmates or friends from the area that have gone on to play at Division III programs. Conversations with current college players can provide a unique perspective on just about anything, including questions students may not even know to ask.

The Four-Year Versus 40-Year Decision

When consulting with college-bound lacrosse players in any athletic division, one critical question I ask is that you determine whether the school under consideration is a “four-year decision or a 40-year decision.” While it is hard for a 14 or 15- year-old to think about a lifelong plan when just planning for next week is challenging, these are important discussions, especially when a player has high lacrosse aspirations but no idea about what to study or which career path to follow.

The answer to the “four or 40” question is unique to every player and family but those who gather the most information and take proactive advantage of available options will be best suited to make future decisions. And no matter what their athletic participation might have been in school, recent family college graduates will surely have an opinion about the education they received.

Above all, seeking out a DIII lacrosse opportunity does not indicate a DI recruiting failure. On the contrary, each year many of the top DIII players are among the best, brightest, and most highly-skilled lacrosse players in the country. It may seem unusual to California players, but nationally, there are many hundreds of athletes actively seeking out only DIII programs because they are looking for competitive lacrosse combined with top-flight academics, traits that are the hallmark of most DIII schools. DIII lacrosse can be an extremely rewarding and life-changing experience and those who take this path will have a tremendous, winning future. Please contact me with any questions about the DIII experience or to help develop a personalized DIII recruiting plan at sjacoby@3dlacrosse.com.

Seth Jacoby is the National Director of Division III Recruiting and the  Director – New England South for 3d.  Prior to joining 3d, Seth was an assistant lacrosse coach at Wesleyan University in Middletown, Connecticut.  During his coaching tenure, Wesleyan’s defense was consistently one of the best in the NESCAC and in the country. As part of the defensive staff, Seth helped mold the Cardinals team that made it to the NESCAC Conference final in 2013 and finished a great 2014 regular season ranked second in the conference (behind eventual 2014 Division III National Champion Tufts).