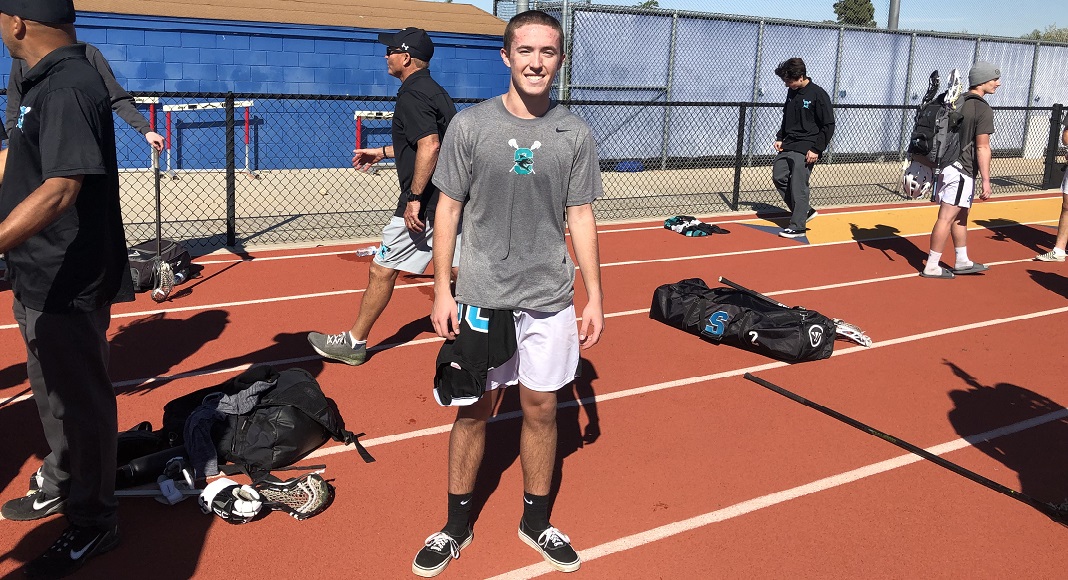 “These young men have been working hard for the last three months and they bought into what our goal was today, and that is to play like a team, play together and also just do your job. That’s all we ask of them,” Sharks coach Keith Parr said.

The Sharks, ranked 12th in the top 20 preseason polls, never trailed, as they jumped out to an early 3-0 lead after the first quarter. The Tritons didn’t get their first goal of the game until Liam Nelson scored at the 7:22 mark of the second quarter and trailed 6-1 at halftime.

For most of the game, the Sharks were able to prevent the Tritons from getting into any kind of a rhythm offensively, as the Tritons had only one goal scored going into the fourth quarter.

“I’m extremely proud of my defense. We actually came with a plan and they actually ran the plan perfectly,” Parr said. “We knew that the team we played today San Clemente is a talented team and we kind of knew who their key players were.”

Ryan Richardson supplemented the DeWiggens production with two goals of his own. Tate Giles, George Grove and Dyllon Castaneda each had one goal while Bradley Cutter made five saves.

DeWiggens, a senior, looks to lead the way for the Sharks this year, following the graduation of last year’s standout Ruben Santana.

“Ruben was a great teammate, very vital to our team. Definitely a lot of shoes to fill for just everybody,” DeWiggens said.

For San Clemente, Jack Rogers led the way with two goals, while Trevor Sutton and Nelson each had one apiece. Eugene Kang had a busy day between the pipes with16 saves.