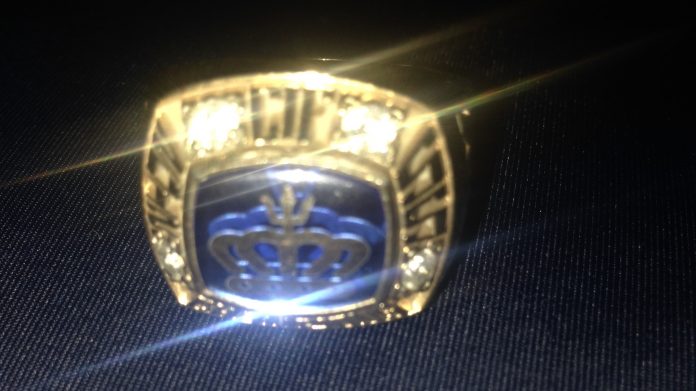 It’s the best time of year for lax’ers, tourney time.  Huge rivalry games, the intensity, big crowds heartbreak and elation as it all comes down to crunch time.  In the OC-LA region it’s always a wild ride.  And so far this year, even under Covid, has been no different.  For those new to the scene, prior to this season, the CIF Southern Section did not host lacrosse playoffs because not enough high schools within the Section fielded lacrosse teams.

For roughly 10 years, instead of CIF playoffs, we had a post-season tournament with an OC bracket and an LA bracket.  The winner of each bracket played for the LA-OC championship.  During those years the best week on the OC lax calendar was Semis Saturday and the Wednesday Championship game.  Those Saturday doubleheaders and Wednesday night finals drew huge, raucous crowds.

Thanks to the astronomical growth of the game in the region over the last 15 years, CIF Southern Section champions will be crowned for the first time this year (in 3 divisions no less).

This year we have the three 3 OC teams left (Mater Dei, Foothill and Corona del Mar) and one LA team, Loyola, playing in the semi-finals. Loyola handed Mater Dei their only loss.  During the regular season, Mater Dei beat Foothill but lost in OT to CdM and Loyola.  Foothill beat CdM but lost to Mater Dei.  Loyola beat Mater Dei in OT and Foothill by two goals.  Talk about competition! Today’s semi-finals should produce some great action.

There have been some great games along the way this year.  Los Al has had an excellent year and did very well against LA teams with two wins over Palos Verdes and they beat highly ranked Westlake in the second round of the playoffs.  Ed Shean was a force with 8 goals and 2 assists  in the 16-15 win over PV.  He tied the game time after time after it looked like Los Al was toast. I felt lucky to watch that kind of a performance from such a classy kid, he was nasty.  8g-2a in a real one goal game. Wasn’t 8-2 in a 22-2 score type game. Shean went 4g, 2a against Westlake who had a 17-1 record.  Los AL once again this year had one of the most positive fan bases, and a fun place to watch a game.  Like going way back to like 2015 when every person in the stands wasn’t a ref, ha.

Tesoro lost a heartbreaker to Foothill, but it was a big year for Coach Grubert’s squad.  Jackson Brady’s performance in the goal with 15 saves vs x goals was one of the top performances of the year and CDM has some shooters.  First round of the playoffs they executed extremely well and won by a wide margin and had some big wins along the way.

CDM didn’t sulk on the above mentioned defeat, and came right back not long after to notch the victory over Torrey Pines of San Diego representing the OC well.  CDM is back in the final 4 ready to take on Loyola. Logan  Ip has been really good all year,he does it all from faceoffs to main dodger to feeder/scorer.  Ty Caffarelli has been sneaky good, major impact in several games.  This  week they renewed the St Margaret’s rivalry and both sides drew nice crowds, that was what it should look and sound like on both sides.  Legit hard fought game.  I’ve seen quite a few of the former players around recently and at CDM game saw a player who was part Tucker Durkin and part John Bonham ( Led Zepplin) 2015 grad.   Brian Leguay was a hand breaker on D, a very very good player, and an excellent drummer in a band.  The Cal Poly Grad now works for one of the big accounting firms, 17 hour days but claims he’s got some new music recorded as well. He saw Santana live in HS so it’s not surprising… If you’re a lax fan and you see his resume for his next level up in the business world snap this kid up, great to have on a team!

Mater Dei stopped a hot Los Al squad 11-6 in the 2nd round and had first ever wins over Foothill and St Margaret’s while dropping close ones to Loyola and CDM.  In a year that’s as low on true FOGO’s as I can remember they have a good one so that’s going to be key for sure going into the Foothill game Friday night.  Most Trinity League games were make it take it and that’s gonna make it tough on any opponent.

Foothill had some very nice wins and some head scratchers down the stretch that they converted to wins.  Got the W over CDM, St Margaret’s and PV so would appear if the real FH squad shows they are legit threat to take it all.   Had several football players who started lacrosse late to accommodate this year’s crazy football schedule. When they came back, Foothill had four middies injured and I believe at least two are back.  Got some fire power and a few that can get hot.

Loyola has been very consistent to say the least.  Beat Mater D and Foothill and dropped a tight one to St Margaret’s.  17-1 at this point.  They played fast, pushing the pace and played zone and slowed it down some.  Coaching staff quick to adjust.   Very athletic D poles, close and LSM and they all can’t play either spot.   Shoemaker, Barnes, Whipperly  and Tom have been good all year.  FOGO been nasty, Gaffney is legit, and over all this team has improved over the year having been more locked down up in LA.

Off the top of my head Cam Cole has 4 CIF rings as a player,  he’s head coach Beckman High. Coach Foss has 7 titles at La Costa, he’s the head coach at Concordia U now. Some dude with a weird nickname like Dbolt or Deebo or whatever has 7 rings as coach and player ( CIF, State, National) and I might need a calculator to add up coach Fox’s total  at FH……