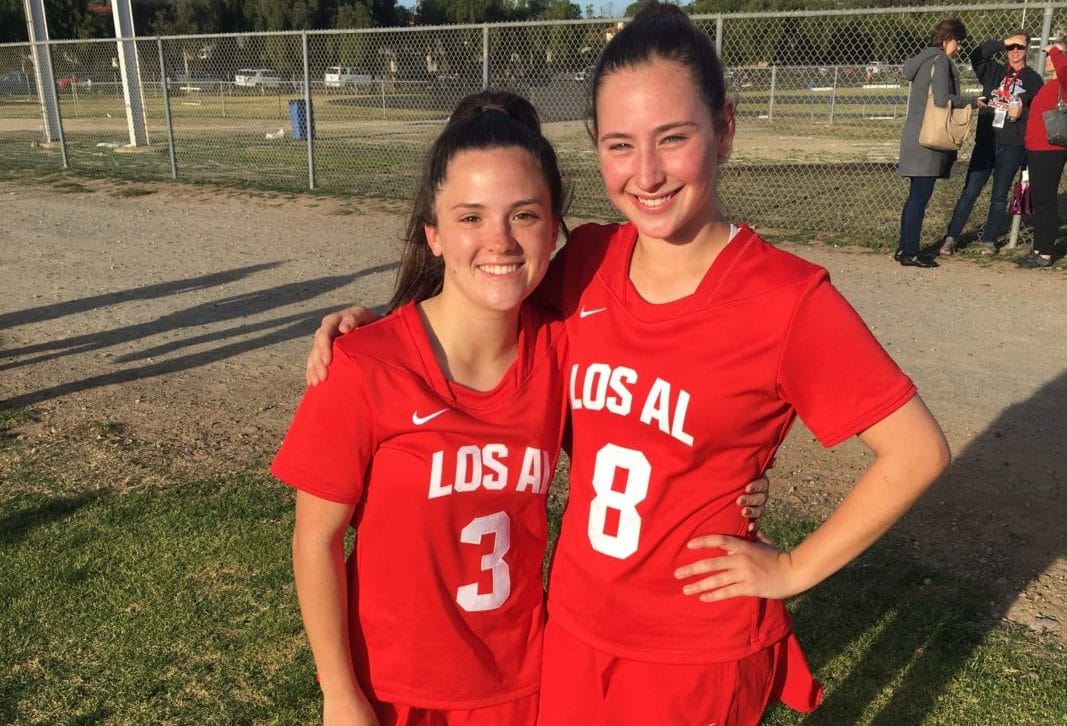 “It’s just confidence. Second string, first string. The bench had to have confidence in itself. If we come out confident, I wouldn’t be surprised if we kept getting [wins],” Griffins coach Sophia Aragon said.

After the Griffins scored the first goal of the game, the Sea Queens took the lead by scoring two goals in a row thanks to Lauren Rowe and Ellery Amdor. But they were unable to score the rest of the half, and while they were held at bay in terms of scoring, the Griffins rattled off four straight goals to take a 5-2 lead at halftime.

The Griffins extended their lead to 8-2 in the second half thanks to three straight goals from Deutsch. CdM didn’t get its first goal of the second half until the 12:27 minute mark, when Joslyn Simaan scored for the Sea Queens.

The lead, however, held up for Los Alamitos, as its defense made sure CdM didn’t get any easy looks. The Griffins also dominated the draw controls, winning 12 out of 17 for the entire game.

In addition to Deutsch’s four goals, the Griffins got three goals apiece from Rachel Drukker and Lauren Friedman while Erika Knapp had one goal. Drukker added two assists and goalie Hannah Hornung made eight saves.

“I think it was working as a team. We came off a hard loss [to Esperanza] last week and I think we decided to push for each other. I really wanted to work for my team. I wanted to show them that I can work hard for them and give my all,” Deutsch said.

The Griffins weren’t at full strength against the Sea Queens, as they were without Morgan Kalish and Victoria Hansen, who were both out with injuries. According to Kalish’s father, she was out with a concussion, but hopes to she can return next week, as she is cleared by doctors.

The Sea Queens were led by Amdor who had two goals while Rowe and Simaan had one goal apiece. Goalie Ashley Olson had five saves for the Sea Queens.

Up next for the Griffins (2-2), a road game against the two-time U.S. Southern Section champion Mater Dei on Tuesday at 5:30 p.m. For the Sea Queens (0-1), they close out the week on Saturday at home against No.7 Santa Margarita at 3:15 p.m.