Delgado is a Wildcat 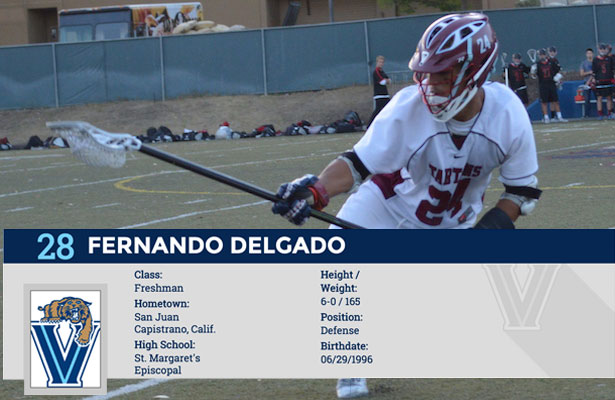 Former St. Margaret’s defenseman Fernando Delgado was officially announced as a Villanova Wildcat earlier this week by men’s lacrosse Head Coach Mike Corrado. Delgado, who will sport No. 28 for the Wildcats, is the only Californian the roster.

“Our coaching staff is extremely excited to welcome this group of outstanding student-athletes to Villanova University,” Corrado said of his newcomers. “Each one of these team members is exceptional both on the field and in the classroom and we’re looking forward to their arrival on campus.”

The following is from the Villanova press release:

Personal: Born June 29th, 1996 in San Clemente, Calif… Parents are Raul and Diana Delgado… Siblings are Ariana and Carlos… Enrolled in the College of Liberal Arts and Sciences.