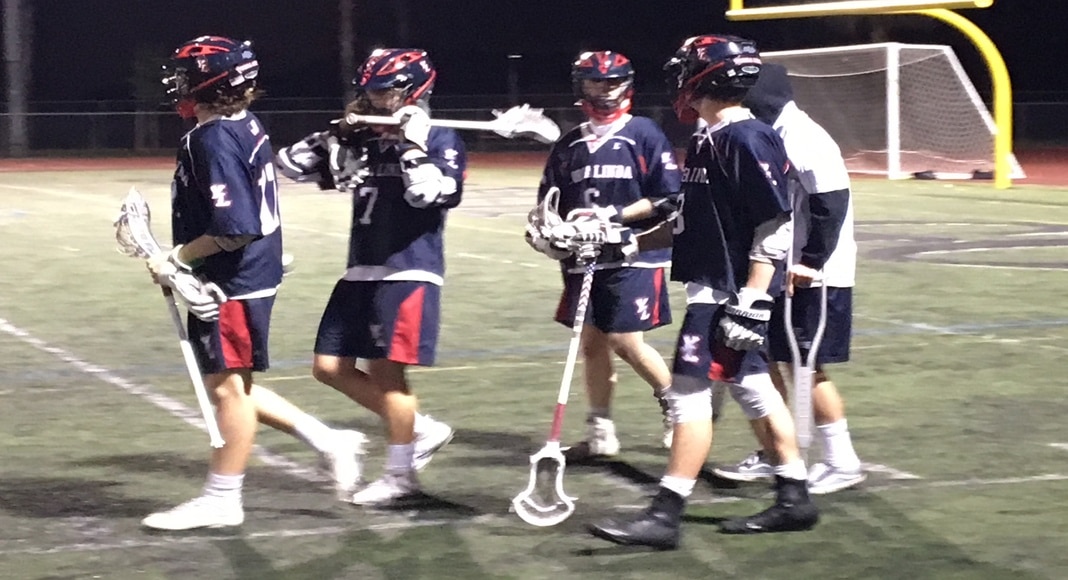 Tuesday night’s game between the Yorba Linda Mustangs and Santiago Sharks featured two up-and-coming teams who have peppered the early season schedules with likely playoff contenders that, should things fall into place, will better prepare them for some lacrosse in May.

Santiago entered the game on a four-game win streak after losing its first two. Yorba Linda (3-2) was hoping to win back-to-back games for the first time in this young season.

On a rainy Tuesday night, the wet conditions ironically didn’t favor the Sharks as they came out flat in the nonleague match.

Though Santiago had home-field advantage, it was Yorba Linda that scratched first, opening up a 3-0 lead in the first quarter. Two of those goals belonged to midfielders Miles DelaRosa and Zac Hardison, who broke down Santiago’s defense all game long, finishing with three and two goals, respectively.

In the early parts of the game, Santiago did have several opportunities to at least keep it close but Jason Bohlinger — the Century League’s reigning Goalie of the Year — made some outstanding saves. It was evident that Bohlinger’s efforts took the wind the out of Santiago’s sails for the rest of game.

The closest Santiago (4-3) came to leveling the score was when it drew within one late in the second quarter. The Mustangs, however, answered back with a 5-0 run and never looked back, eventually winning the game 10-4.

Previous articleFoothill Fights Off Trabuco Hills
Next articleRegistration is Open for the Battle of LA Lacrosse Tournament
MaxLaxAll Lacrosse. All the Time.
Southern Section Boys