Defenseman to Watch This Season 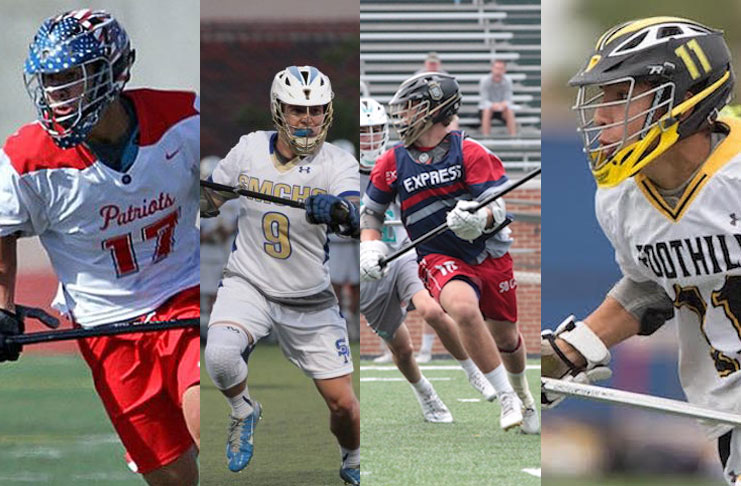 We previewed the CDM dee in my previous piece, now let take a look at others to watch in 2017.

George Dalis, Foothill: Dalis had a breakout year in 2016 and had started 2017 strong. He can play close or LSM. He can cover and push transition. Had a goal vs Loyola and was big factor vs St Margs in big win. Plays very hard all the time. Game changer….

Justin Cheng, Beckman: First team All-County in 2016, the Bryant commit has the quickness to chase middies or attackman into the stands if need be. Hard to get away from, he puts the hammer down when he’s got his man in trouble. And if it hits the ground he’s good on ground balls Can push transition as well, and stick his shots when open.

Matt Ury, Santa Margarita: With the graduation of CJ Deal and Eric Rubak it’s Ury’s time to lead the dee for the Eagles as coach Adam Guy reloads on defense. Matt can cover, play close or LSM, and is very good when the ball is on the ground. Plays with great energy and high lax IQ. Come playoff time his leadership and experience will come in handy.

Hayden Rodeenbeck, Servite: The Jr LSM is ready to roll in 2017. Early in the season he already has two goals. His stick is improved from last season, he’s faster and has a big motor. Game changer no doubt. Very active between the lines, he covers a lot of ground, comes up with tough ground balls and hits like a Mack Truck, legally! Keep your head on a swivel when this guy is on the field….

Devin Arkisonis a 3 time All-American from Hobart College. He runs LockdownD.com in SoCal area. He provides private and group instruct