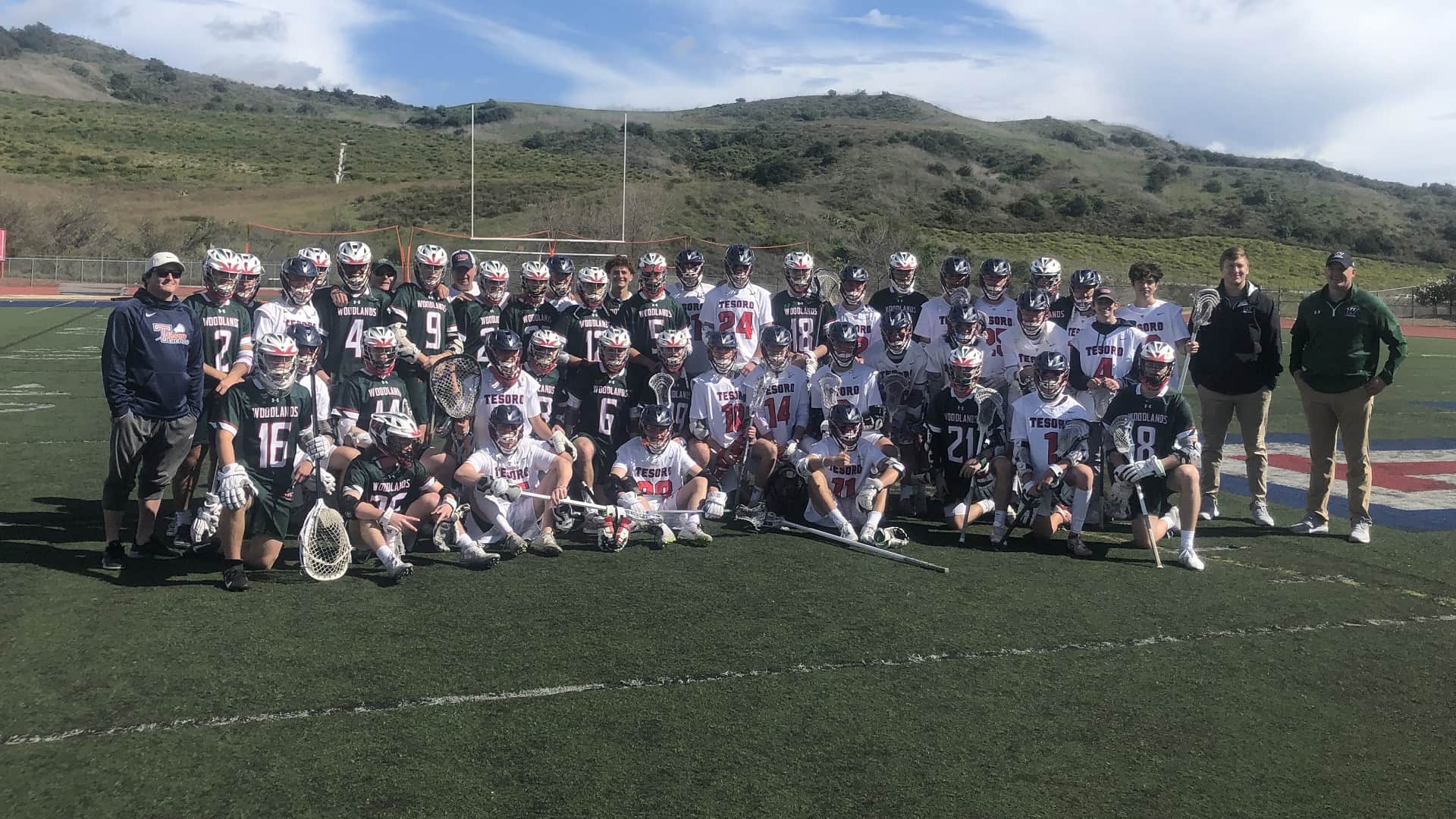 The College Park High School (The Woodlands, TX) boys lacrosse team topped Tesoro 12-4 on Saturday in the TITANium Classic at Tesoro High School. College Park’s stifling defense gained strength as the game progressed, which  allowed the Highlanders to pull away in the second half.

“We can definitely utilize our offense a little bit, we decided to go with running a couple different offensive sets this game due to an amazing defense by Woodlands. I think that they shut us down midfielders through the attackman,” Titans assistant head coach Trent Jones said.

led Woodlands with four goals while  and Ben Welling both scored three goals. Blake Kalata and Duncan Bremner each scored once for the Highlanders, who got a combined 10 saves from Matt Nunes and Kyle Cash.

Tesoro was led by  who had three goals while Charlie Richardson had one goal. Lucas Zelaya and Jackson Brady split time in the cage for the Titans, recording eight and five saves, respectively.

After a Charlie Richardson (1g) left the first quarter deadlocked, Aidan Farris (3g) gave Tesoro a 2-1 lead 19 seconds into the second quarter. But the second quarter proved to be the Cade Kennedy (4g) show with Kennedy knocking in four goals before the halftime whistle blew.  Farris was able to briefly interrupt Kennedy’s hot streak but the Titans found themselves down 5-3 at halftime.

The Highlanders’ strong defense gained strength in the second half and refused to allow the Tesoro offense to get into a rhythm. Dylan Binney (3g) and Ben Welling (3g) each tacked on a third quarter goal to put the Highlanders up 7-3. Farris ended Tesoro’s scoring drought and notched his hat trick with a goal at the one minute mark, cutting the lead down to 7-4.

The fourth quarter was all College Park as they added five more goals to end the game with a 12-4 victory.

“We’re really stoked they (College Park) came out here, it really does help us out. It was a good challenge for our boys. They’re a tremendous program, we wish them the best this season,” Jones said.

Tesoro’s next game is Tuesday at Newport Harbor at 7 p.m. Jones and Titans coach Scott Grubert know how tough the Sailors, who are ranked No.9 in the CIF-SS Division 1 polls, are going to be.

“It’s going to be a good game. We’re excited for Newport Harbor. We know what they have and we’re ready to play them,” Jones said.

Woodlands continues its West Coast swing on Tuesday when it plays at San Diego juggernaut Torrey Pines at 7 p.m.