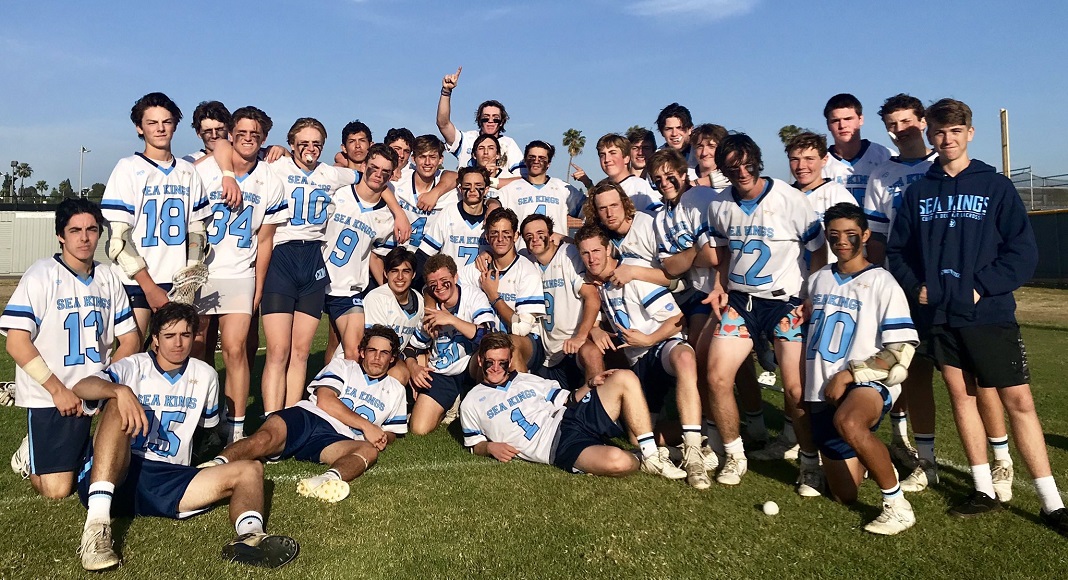 The takeaway from this game was the ability of theSea Kings to overcome Yorba Linda’s possession advantage (Ryan Henry won 10 of 11 faceoffs) and the efforts of Yorba Linda goalie Jason Bohlinger who recorded 16 saves.

The Sea Kings did that with shutdown defense and timely shooting

Even when Yorba Linda can get off a shot, goalie Kyle Cord was there to make a save. In addition, Cord also helped the Sea Kings clear the ball when needed.

The Sea Kings led 4-0 after Kyle Mix scored in the third quarter and led 5-0 in the fourth quarter after Lucas Newton found Logan Ip from the X. But the Mustangs responded quickly, as they scored their first goal of the game and added an extra man goal to cut the Sea Kings’ lead down to 5-2.

But the Mustangs got no closer, as George Busick caused a turnover and had a crucial groundball late in the game. CdM ran down the clock, eventually punching their ticket to the final four.