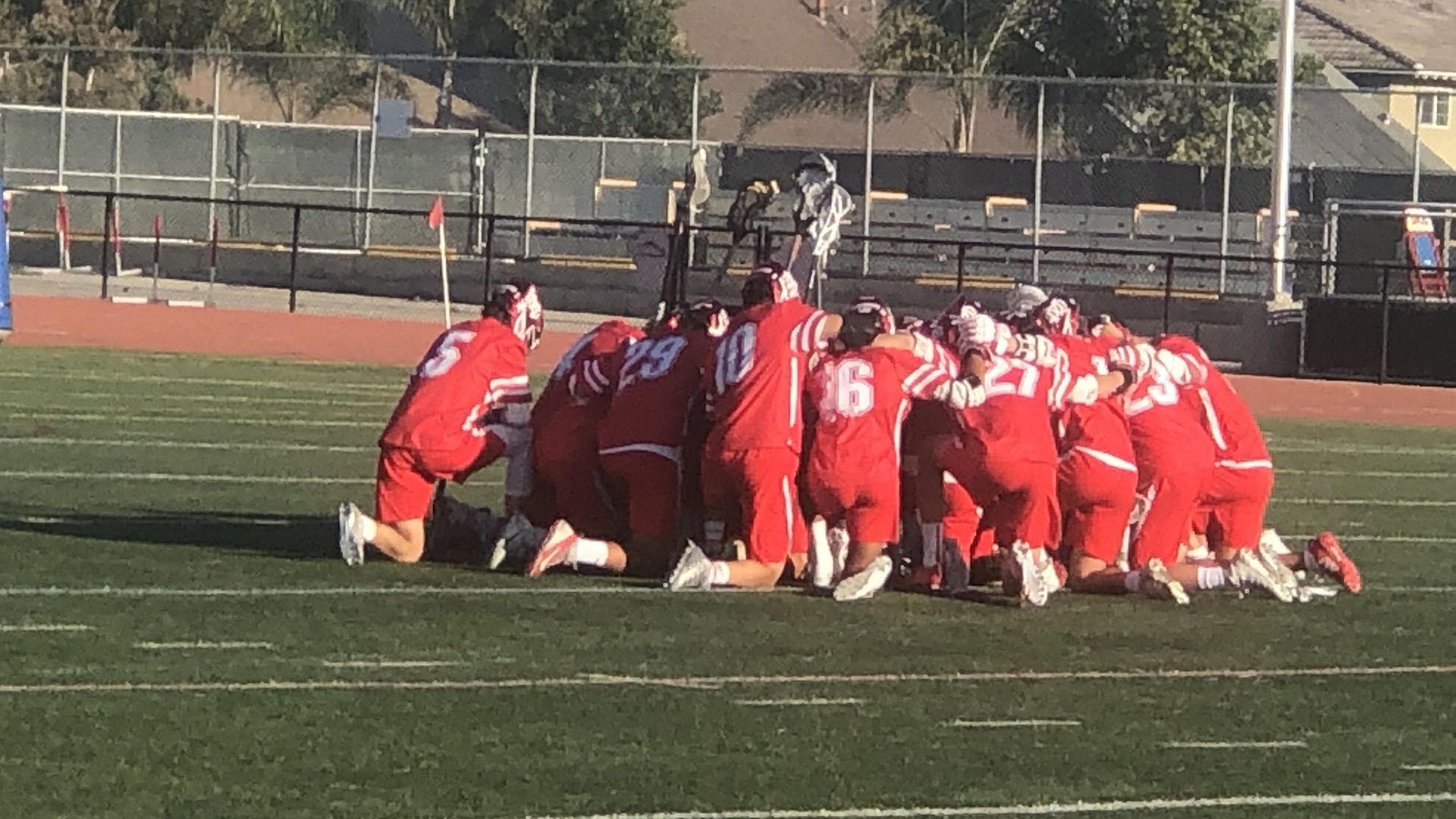 The Mater Dei boys lacrosse team secured a comfortable win over the visiting Sierra Canyon Trailblazers on Thursday. Sophomore Lucas de la Paz won a staggering 97% of the face offs (33 of 34) and scooped up a stunning 18 ground balls, giving the Mater Dei offense ample opportunities to score and allowing the Monarchs to dominate the time of possession.

De la Paz was just one component of Mater Dei’s mastery of the midfield. The Monarchs won the groundball war 43-13.

The Monarchs got off to a fast start and jumped to a 4-0 lead, only to see the Trailblazers fight back to cut it to a 5-4 deficit early in the second quarter.  But that was as close as Sierra Canyon would get, as the Monarchs notched a steady stream of goals to build a five goal cushion by halftime and the eventual 10 goal margin of victory.

Mater Dei outshot Sierra Canyon 47-21 in the game and the most lethal shooter on the night was junior Grant Portillo who scored 7 goals while adding an assist.  Sophomore Evan Curry added 4 goals and 3 assists. Senior Tommy Bethel and sophomore Triston Jewell added 3 goals to Mater Dei’s offensive outburst.  De La Paz led the way for the Monarchs in the assists category with 4.

On the defensive front, it was not one of Mater Dei’s best efforts, but goalie Nick Colignon’s 10 saves helped fend off the Trailblazers from getting back in the game.  Next up for Mater Dei is rival Servite in a Saturday afternoon match up.