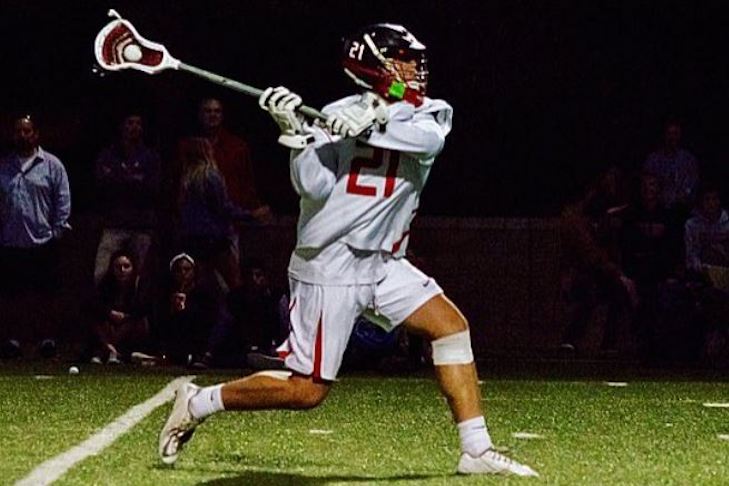 “David has been a major contributor to San Clemente’s success over the past 4 years,” said Brendan Finnerty, head coach San Clemente High School. “His all-around midfield game, capable of scoring with his right & left, and the ability to see the entire field helps with his passing and ball movement. It’ll be great to be able to watch him play locally at Chapman, a team that annually competes for championships in MCLA D1.”

Howren brings athleticism and a skill set that could make him an immediate contributor to the Panthers.

“We’re excited to have David join our 2017 class as a strong two-way midfielder from San Clemente,” stated Dallas Hartley, head coach Chapman University. “He has a great feel for the game, a big shot, and he has a chance to help us right away. We’re glad he chose to stay close to home for college.”

Howren started playing lacrosse in the sixth grade with Victory Lacrosse and played on a variety of southern California club teams including the Adrenaline Tropics, 212 Select, San Diego United, 3d All Pacific and Team 12/Brady’s. “I’m thrilled to be attending Chapman and playing for coach Hartley,” said Howren. “I really like his overall philosophy and believe it’s a good system for me. I was looking back east at several schools but never found the right fit both academically and for continuing my lacrosse career. Once I decided to stay in California it became clear to me that Chapman was the best place for me. I’d like to thank my teammates and several coaches for their support over the years including coach Finnerty, coach Reppert, coach Miles, coach Foss, coach Zizzi, coach DeMaio, and coach Acee.”