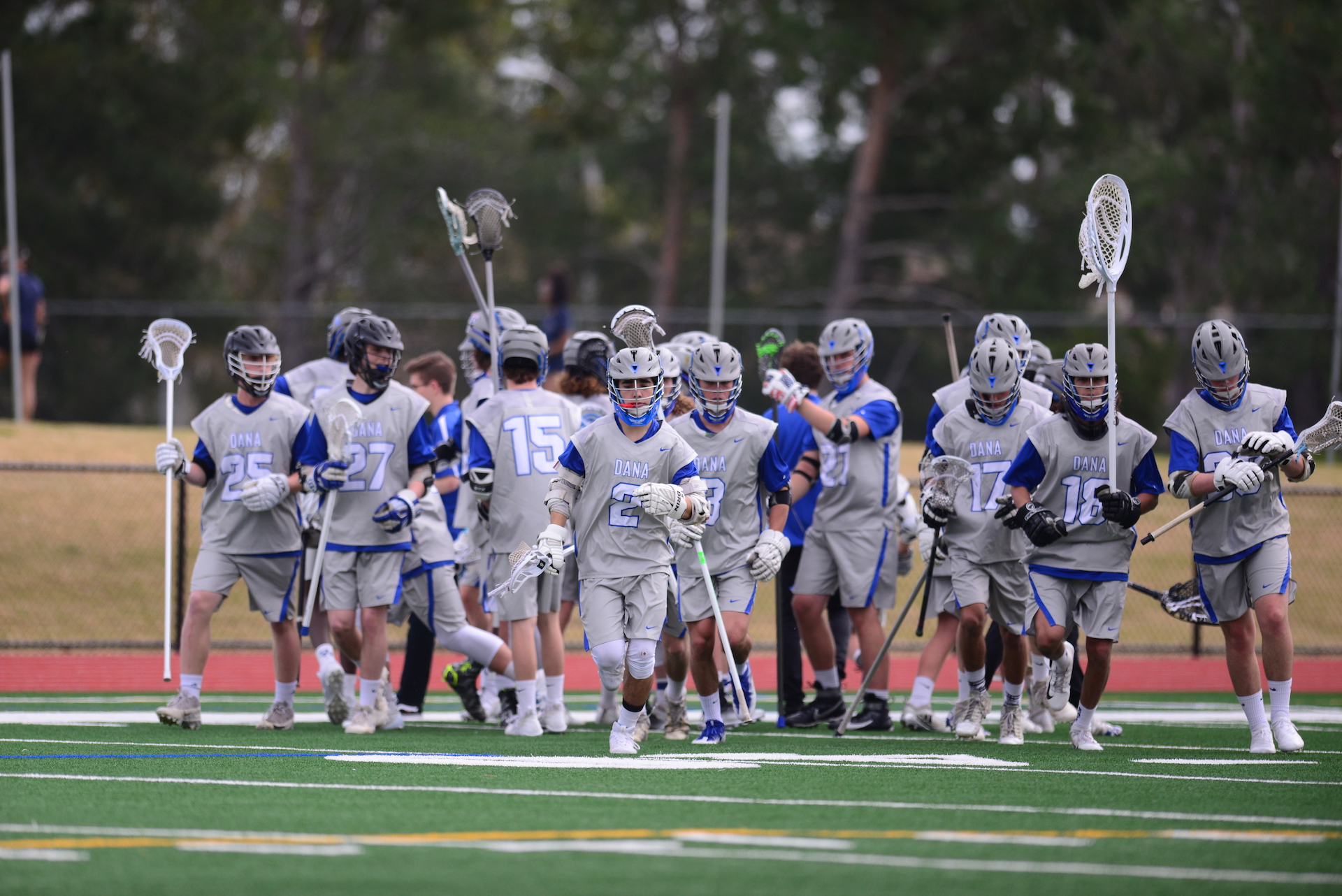 Dana Hills, coming off 3 straight wins including a league win over San Juan Hills, faced Edison in their 4th game ending a long week of lacrosse.

The Dolphins came out strong hitting the net first with a goal by Luke Perry. Goals were traded back and forth between the two teams with leading scorer, Tyler Hubbard, keeping the Dolphins in the game with a hat trick before half time. But the fatigued Dolphins had a hard time keeping up with the aggressive play of Edison and ended the game 18-7.

The lacrosse filled week started on Saturday, March 9th with a win over a visiting Santa Barbara High School team 11-8. Dana followed up with a 14-9 win over an aggressive, quick Centennial team on Monday, March 11th.

With a 15-7 win over San Juan Hills Wednesday night the Dana Hills Dolphins earned their first league win of the season and their 5th win overall.

The Dolphins started off the night at the face-off circle with commanding performances from Ryan Allain and Clayton Vincent. Juniors Tyler Hubbard and Mason Morrow took command of the offense early scoring 11 goals between them. After giving up 4 goals in the first quarter, the defense came together only letting in 3 more goals for the remaining 3 quarters. The defense was led by juniors Mitchell Stock, Sam Shultz, and Dmitri Evans Meyer behind goalie Raleigh Damore.