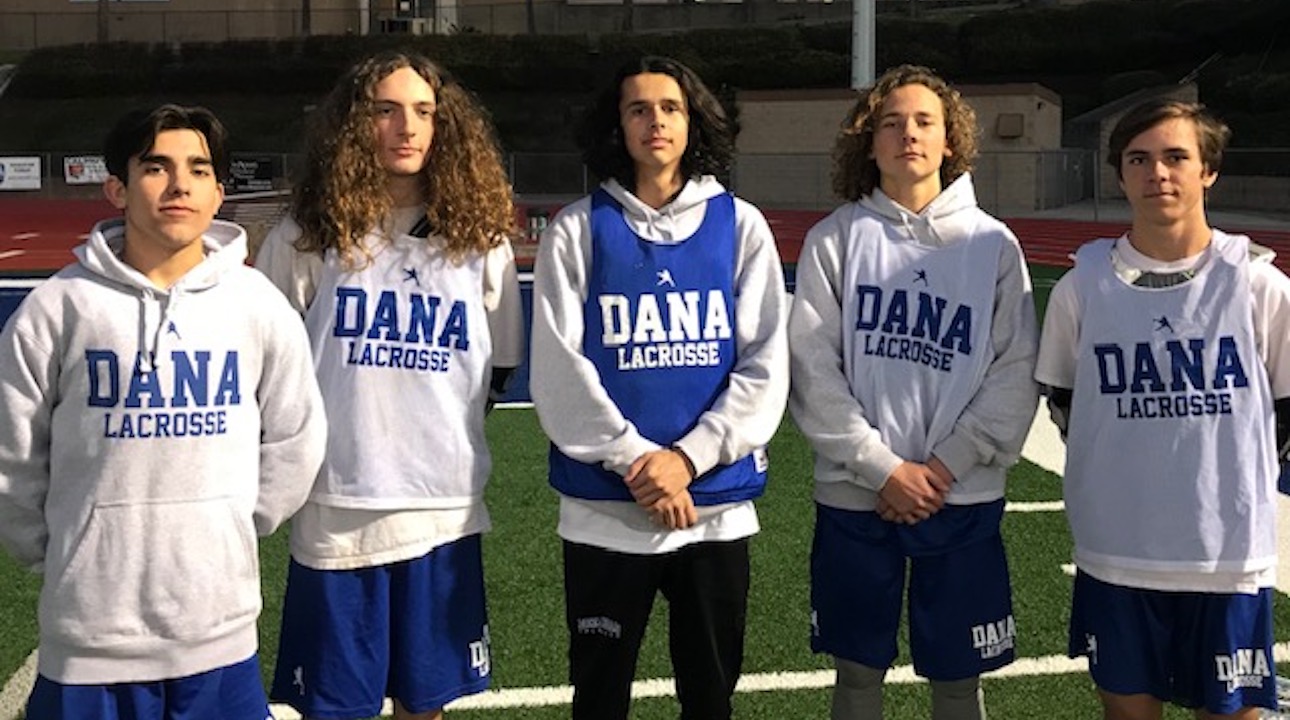 The Dana Hills Boys Lacrosse team has selected its team of captains for the 2019 season. The team will be represented by seniors Luke Perry and Noah Thompson and juniors Sam Martin, Matthew Mooney, and Mitchell Stock. The five captains were selected by their teammates and coaches and represent the wealth of leadership on the varsity team.

“Being a captain allows me to take on the role of a leader, prove that I can be one and to push myself and my teammates to be the best we can,” said Martin, a junior attackman.

Stock, a junior LSM,  knows that being selected as a captain is an honor, “especially this season, through all of the changes we’ve been through and seeing what our lacrosse team had changed into is something special and I am extremely excited to be a leader on this team.”

Thompson and Perry both agree going into their final season of high school lacrosse that the game has had a big impact on them.

“I’ve learned a great deal about commitment, respect and honoring the game as well as what it means to be part of a team,” said Perry who is a midfielder.

“Playing Dana lax has changed my life completely, doing so has really made me mature and I’ve made so many new friends that I call call my brothers,” Thompson, an attackman, added.

Mooney will anchor the team in the cage providing leadership on the defensive side of the ball.

Head Coach Trent Cooper is looking forward to the upcoming season, his first at Dana Hills.

“The Dana Hills Boys Lacrosse captains lead by example through their hard work and true passion for the game,’ said Cooper. “They have the ability to communicate and echo what the coaching staff is instilling in their fellow teammates. They are fine young men who are looking forward to a great season.”

Dana Hills has its first game of the season at home vs Mission Viejo on Wednesday, February 27th.