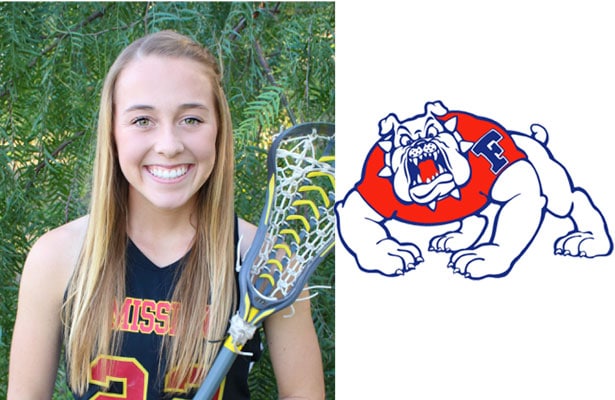 Soon to be senior, Shelley Cummings, has recently committed to play D1 Lacrosse at Fresno State as an incoming freshman in 2016.

Cummings has been a varsity starter for the Mission Viejo Diablos for three years and has been taking the field by storm as a midfielder sporting 22 on her jersey. This last season alone she lead her team as a captain and was accountable for 23 points (20 goals, 3 assists) as well as 19 groundballs and has won over 20 draws.

Cummings has accomplished mucht in her years as a lacrosse player. She is a two-time National Team player and has dominated on the field for Team OC, XTEAM and Pacific Falcons club teams. Most notably, Cummings, has been recognized as 1st Team All League in 2014 and a 2nd Team All County this year.

Fresno Women’s Lacrosse has been playing in the MPSF League alongside Stanford, USC, Denver, Colorado, San Diego State, University of Oregon, UC Davis, California, and St. Mary’s for seven seasons. Shelley will definitely be a great addition to the Bulldogs.