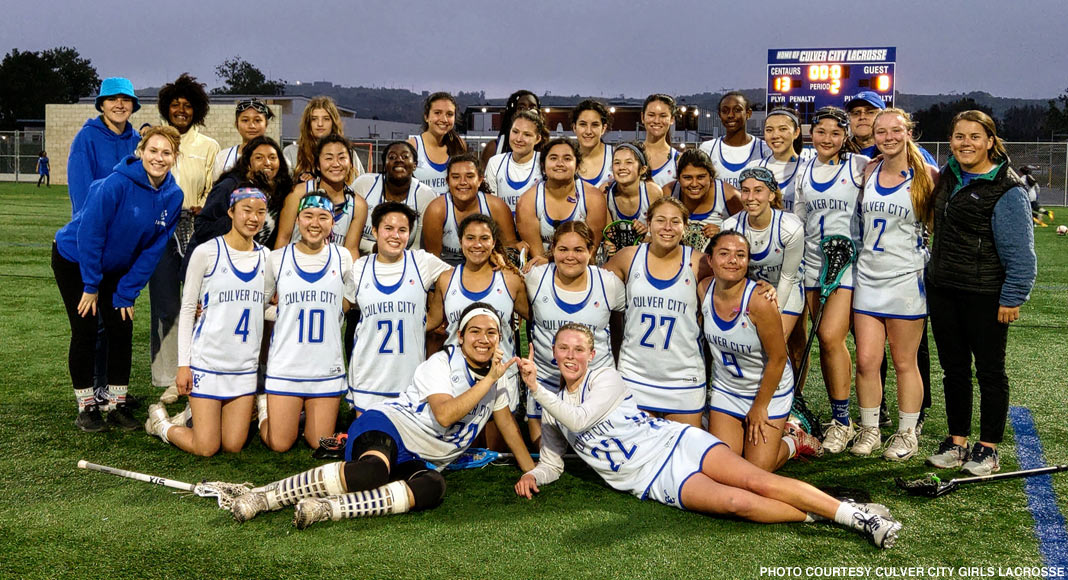 Coming off a Wednesday win in which they celebrated their seniors and claimed a share of the Ocean League championship for the first time, the No. 20 Culver City girls lacrosse team knocked off No. 16 Marlborough 10-9 in overtime on Friday.

At Wednesday’s matchup with league rival El Segundo, the program honored its four seniors — Catie Shin, Hannah Beighey, Erin Marble and Alyssa Kawano — while also taking the time to recognize the Eagles’ eight seniors and present them with flowers, as well.

In March, Culver City narrowly beat the Eagles, winning 8-7, but El Segundo was coming off a 14-13 upset of No. 10 Downey and had won five of its last seven. But the Centaurs surged out to a big first half lead and kept the Eagles at bay, winning 13-8.

That created a three-way tie for for first place in the Ocean League between Culver, El Segundo (6-6-1, 3-1) and Downey (14-3, 3-1). It’s the first time program history the girls lacrosse team came in first in their league.

If that wasn’t enough to celebrate, the Centaurs battled a ranked Marlborough squad Friday and came away with another victory, claiming an overtime win after Marlborough had capitalized on a Culver City turnover to tie the game with 15 seconds left in regulation.