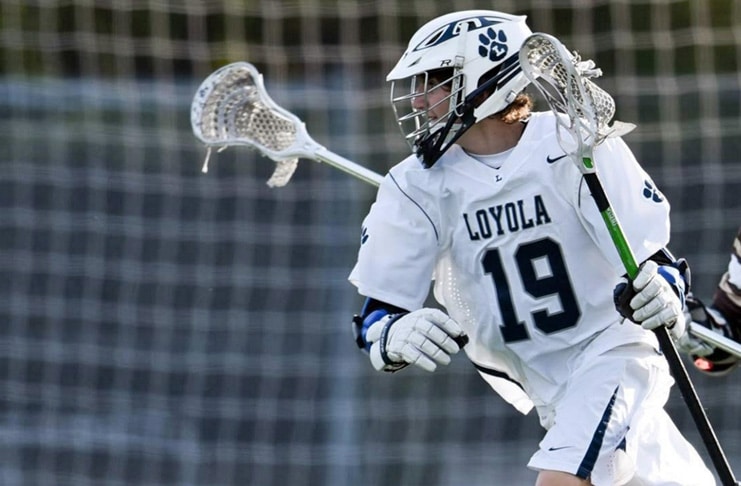 Senior attack Griffin Cappelletti became the seventh member of Loyola’s 2017 class to commit to an NCAA school, announcing his decision to attend and play lacrosse at Division III Oberlin College in Ohio.

In a reserve role for the US Lacrosse Southern Section champions last year, Cappelletti scored 10 goals and recorded three assists. He is among a handful of players from last year competing for spots on a Cubs’ attack line hit by graduation.

“Griff has really developed into a great attackman that can go both ways,” Loyola assistant Brett Tietjen said. “He has a great change of direction and goes hard to the cage. He should add some depth to our attack this year at Loyola.”

Oberlin competes in the North Coast Athletic Conference against teams like Denison, Kenyon and Ohio Wesleyan. The Yeomen currently list only one Southern Californian on their roster — sophomore defenseman John Parks of Vistamar HS.

We sent Cappelletti a few questions about his college choice:

What was it about Oberlin that made it right for you?

“I wanted to go to a small, liberal arts school with strong academics where I would have a chance to play Division III lacrosse. After being in touch with Coach [Topher] Grossman for a couple months, I was excited to have the opportunity to visit Oberlin. It felt like it was the right place for me when I visited. I wanted small classes that are taught by professors, instead of their assistants, and I was able to see that when I was on campus. I also want to take a wide variety of classes before I declare my major, and I have that kind of flexibility at Oberlin. I felt at home with the guys on the team that toured me around, and I’m confident that the program is moving in a really positive direction and will be very competitive in the NCAC in the coming years.”

What other schools did you consider?

“I also looked seriously at Swarthmore, Bard and Wooster, which I visited over the summer and in the fall, and I also talked to coaches from Middlebury, Vassar and Haverford.”

Was there a turning point in your process when recruiting picked up for you?

“I played this summer at Trilogy 24, with the Trilogy ICE team; at New England Top 150, Hotbeds and Lake Placid with Catamounts [Massachusetts]; and at the Carolina Shootout and LI Warrior Classic with the LA Cobras. Playing at a wide variety of events, I was able to meet a lot of coaches and put together a highlight reel of my play. I was fortunate to be introduced to Jeff Coulson (Catamounts) by coach Brett Tietjen. I really enjoyed his teams and got a lot of exposure at the tournaments with him.”