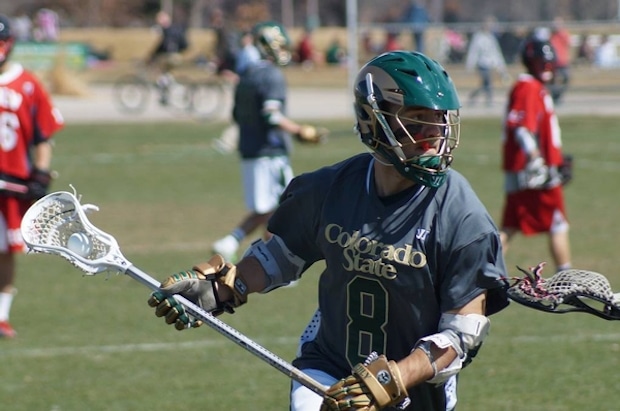 ASU had a difficult road trip to Colorado this week to make up earlier games against CU and CSU that were cancelled due to snow.  ASU was successful their first game of the trip on Tuesday, defeating CU to avenge last years semi final loss but came up short against CSU yesterday.  It was a defensive battle in the first half with the score ending in a 2-2 tie.  ASU took the lead early in the 3rd quarter only to see CSU tie it up minutes later and score 2 more to take a 5-3 lead into the 4th.  The teams battled back and forth in the 4th with both teams having good possessions but unable to score.  ASU finally scored with just under ten minutes left in the game to cut the lead to 5-4.  They tied the game soon after that with a long possession that seemed to tire the CSU defenders.  CSU got the momentum back and took the lead on a goal by Colin MacDonald with under 5 minutes remaining.  ASU responded immediately to tie it.  CSU took advantage of their next possession and Chase Warner put one past the ASU keeper to take the lead with under 3 minutes left.  ASU would get another great look but CSU’s Jake Bender came up with the biggest save of the season to stop ASU on the doorstep.  ASU’s Finn Wells  would get one more opportunity with 7 seconds left but couldn’t get past the CSU defense for a good shot.  It was CSU’s first win over ASU in three years.