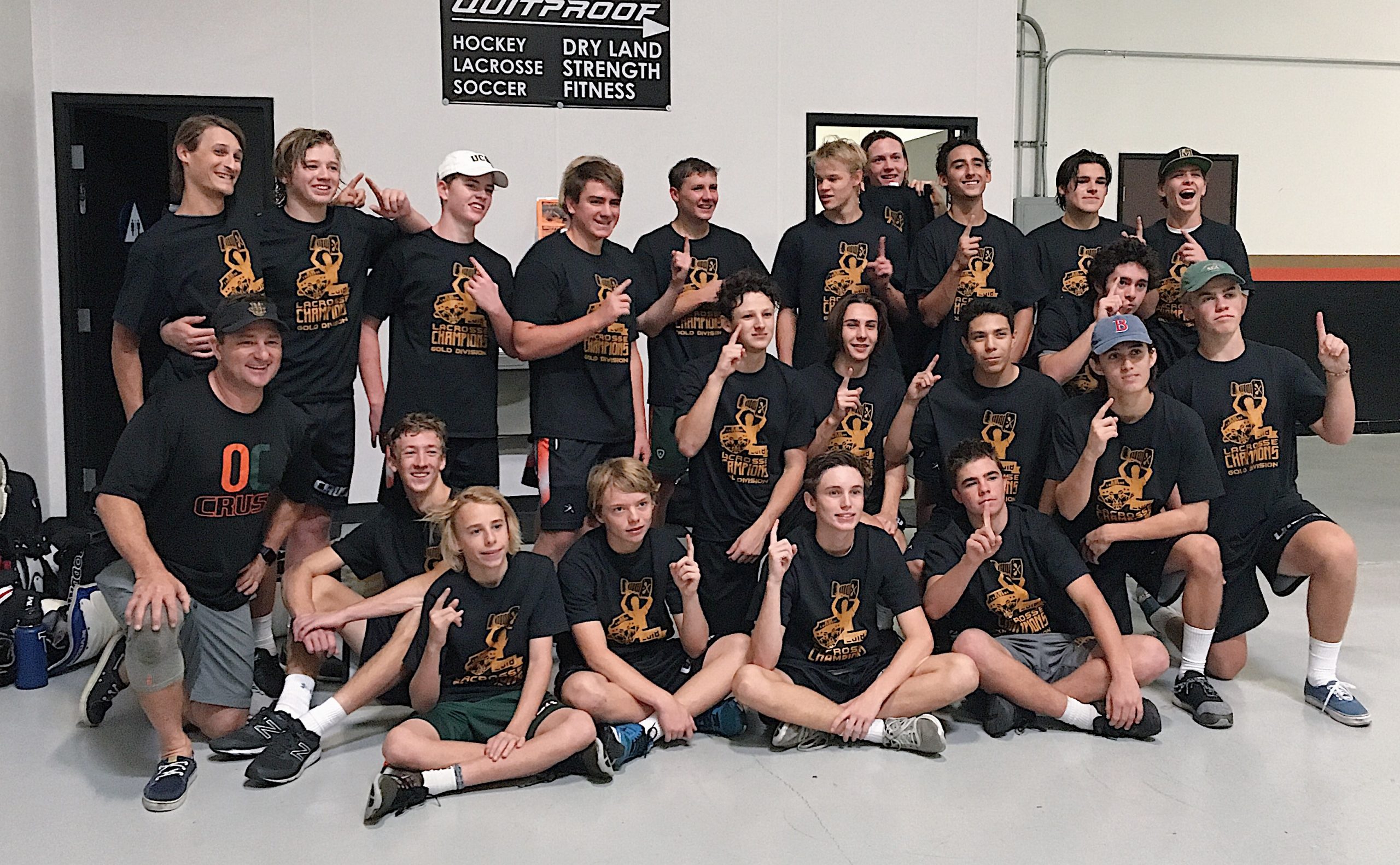 OC Crush made it four consecutive Orange County Box Lacrosse League championships with a 10-7 win over Victory SJC at the Rinks of Huntington Beach on Saturday.  Troy Hofer scored five goals to lead the way.

“It was a good game, well-played on both sides,” said OC Crush and Foothill coach Jon Fox. “We just played well as a team, overall great team defense and offense today and one of the best games we’ve played as far as box lacrosse in quite some time.”

Crush dictated the tempo of the game right from the very beginning as its relentless pressure up top and quick ball movement made it difficult to for Victory to establish a rhythm of its own. Despite Crush striking first to make it 1-0, Victory kept the game close by getting out in transition and scoring four of its seven total goals off fast breaks.

At the end of the first period, it was still anyone’s game with the score close at 4-2 in favor of OC Crush. However, the flood gates would soon open for Crush as Hofer started to heat up to help make it an 8-3 game with three minutes left in the second.

“I kept shooting overhand bottom left on like every goal I had up top,” Hofer said of his in-game strategies. “I pretty much just saw that shot would work every time because the defense would over-commit to the right more.”

Victory did not go down without a fight as it went on a three-goal run to open the final period thanks to a pair from Kevin Groeninger. OC Crush promptly responded, scoring two momentum-killing goals which ultimately put the game out of reach.