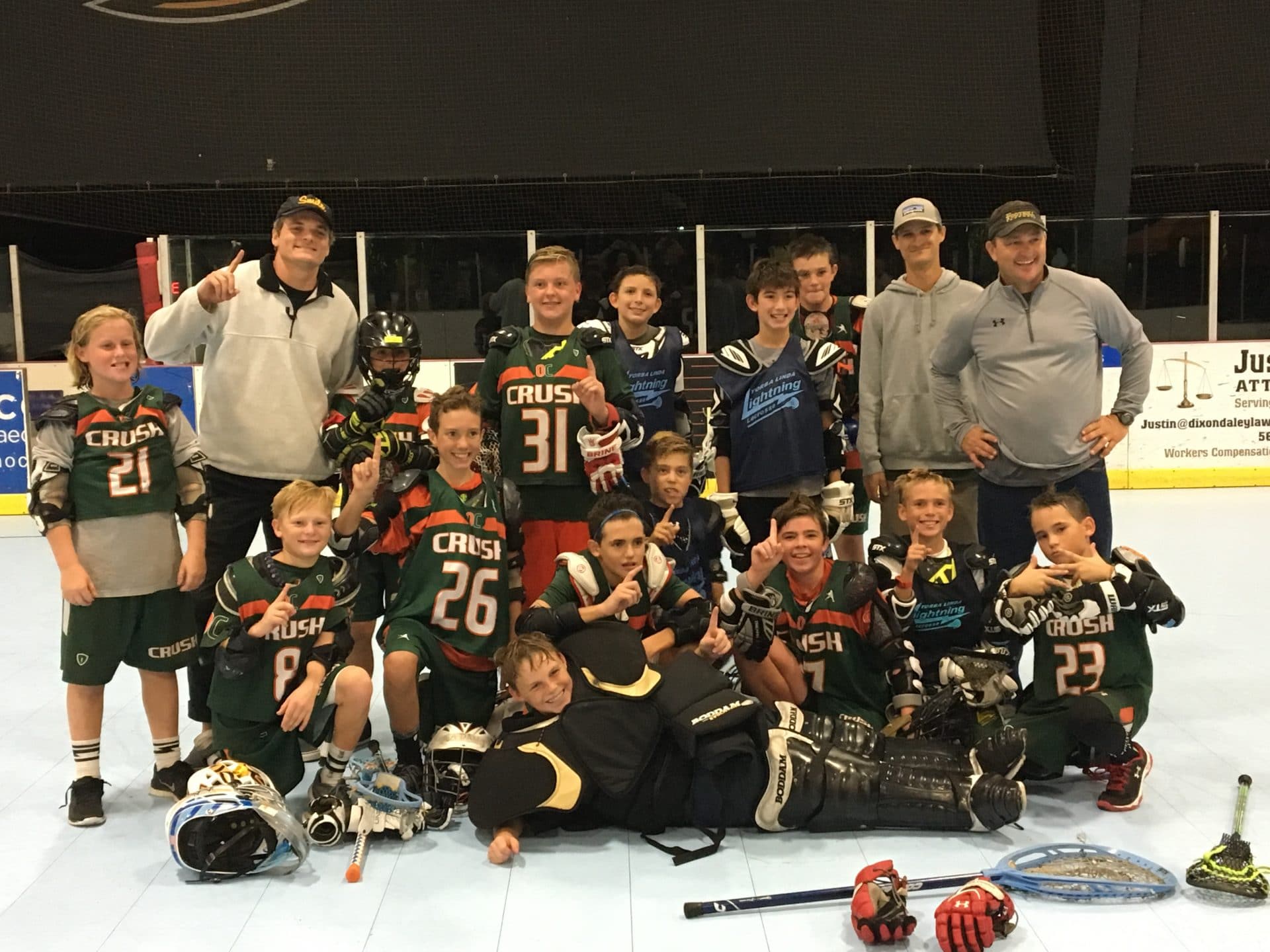 The OC Crush defeated Beach Cities 7-4 at the Rinks in Irvine on Sunday to capture the Orange County Box Lacrosse League U13 championship.   Some October Madness pitted two underdogs against one another in the championship game.  The OC Crush entered the playoffs as the number 4 seed with a 4-4 regular season record.  Beach Cities entering the playoffs with a 1-7 regular season record were even longer shots to reach the final game.

Beach Cities defeated the VLax Warriors 10-1 and the previously undefeated VLax Spartans 7-5 to reach the championship game.  Crush had to get through the Surf Dawgs and the OC Rebels.