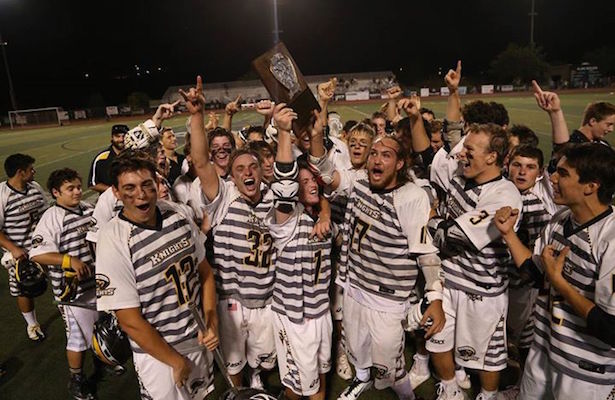 Last season the road to the Southern Section Championship began at the Crush Challenge, which traditionally serves as the final event of the club season.  With the 2015 season just two weeks away, it is time once again for the annual pre-season tuneup at Foothill High School.   Eighteen varsity and 19 junior varsity club teams will gather on four fields to play a fast-paced series of 26-minute games on Saturday and Sunday.  With players, coaches, and parents starting to get playoff fever, the games tend to be packed with intensity.

Last year Foothill was the last team standing in May.  Who will it be in 2015?  Check out some of the action at Crush Challenge this weekend if you want to see who’s hot and who’s not as we enter a new season.

Field maps and schedules can be downloaded at lacrosseacademyoc.com.