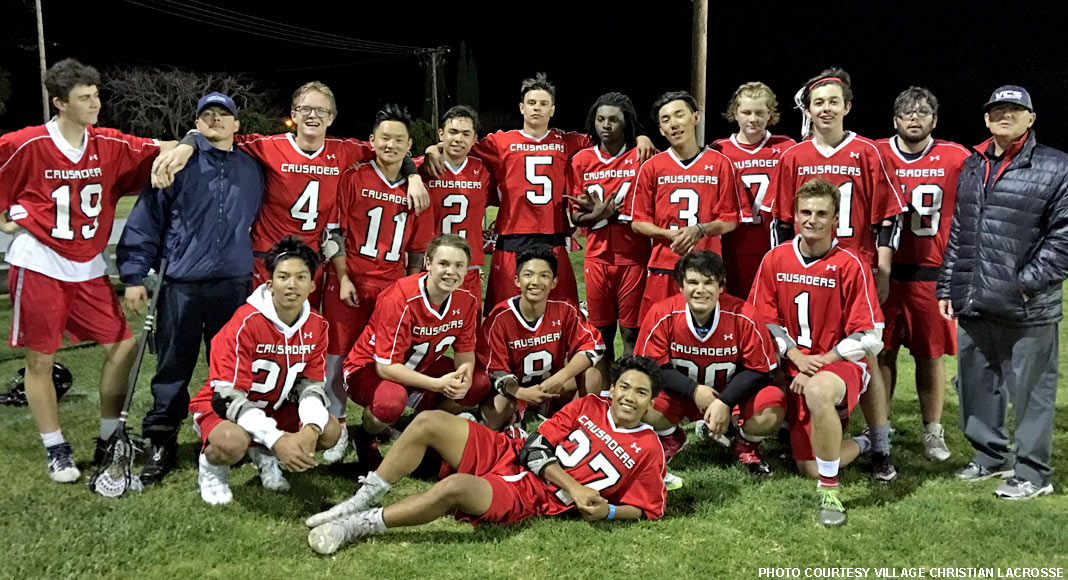 Village Christian ran its winning streak to eight Tuesday, jumping out to a 4-0 lead in the first quarter and cruising to a 19-3 win over host Grace Brethren. It was Village’s second win this season over Grace Brethren (1-7).

Things get tougher for Village Christian next week, with back-to-back games against Top 20 teams. The Crusaders play host to No. 20 West Ranch on Tuesday, then play host to No. 19 Valencia on Wednesday.

The Crusaders are 1-2 in previous games against ranked teams, losing early in the season at Crespi and at St. John Bosco, then beating Sierra Canyon on the road. How they fare next week could go a long way to determining whether they receive a berth in the 16-team US Lacrosse LA Championship Tournament or are invited to the eight-team US Lacrosse Invitational tournament.