Crespi Finally Breaks Through in 14-9 Win Over Brentwood 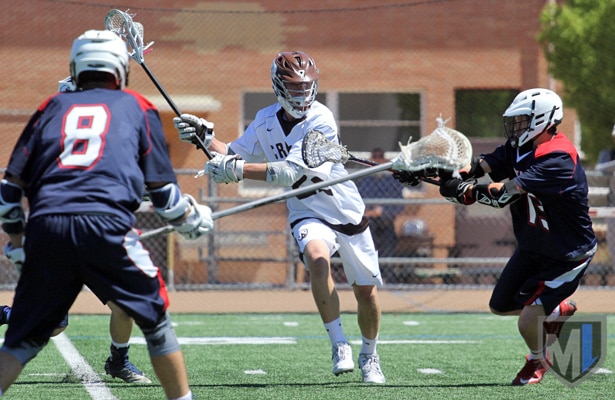 Sophomore Connor Pierce scored five goals Saturday, and senior Jack Doyle scored four, all in the second half, carrying Crespi to a 14-9 win over visiting No. 18 Brentwood.

Win No. 1 was a long time coming for the Celts (1-13), who had lost three one-goal games this season, including Tuesday’s 13-12 defeat at Oak Park in which the host Eagles rallied in the fourth quarter. Saturday, the Celts appeared in danger of suffering a similar fate against another team of Eagles.

Brentwood (9-6) trailed 11-6 after three quarters but scored three goals in a row to cut the deficit to two at 11-9 with five minutes to play. Senior middie Coltrane Marcus scored two of those goals, and Luke Steinfeld had the other.

But Crespi settled down, and Doyle scored on a man-up opportunity with four minutes left, then on a feed from Pierce at the three-minute mark to give the Celts a cushion. Pierce added one more into an empty net with 30 seconds left for the final margin.

Steinfeld and senior attack Daniel Halper each scored three goals to lead the Eagles. Halper scored all three of his in the first quarter, keeping Brentwood within reach at 4-3 after the first 12 minutes.

Crespi began to open up a lead in the second quarter though, getting goals from senior Connor Leste and junior Ryan Milkovich, who each finished with two in the game, to go with two from Pierce for an 8-4 halftime lead.

The loss was the second in a row for Brentwood, which finishes its regular season next week with Gold Coast League games at Malibu and home to Sierra Canyon and a nonleague contest at Palisades.

Crespi returns to Mission League action Tuesday at Chaminade, then plays host to Culver City in a nonleague game before finishing at Harvard Westlake on Saturday.