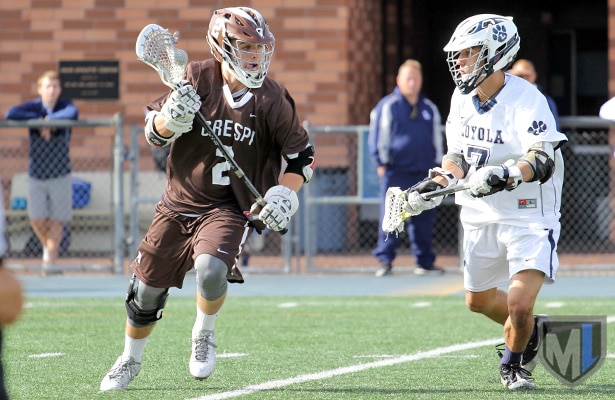 The Crespi Celts graduated 17 seniors off a team that reached the US Lacrosse Southern Section North championship game for the first time in program history last spring. Despite that roster turnover, Crespi was voted No. 8 in the preseason coaches poll. Coach Brock Livingston has his work cut out for him to come close to matching last year’s success. Here is our Crespi 2016 preview:

Coach: Brock Livingston; sixth season; named US Lacrosse Coach of the Year last spring.
Last season: 13-7 overall; 5-3 Mission League (tied for second place).
2015 playoffs: No. 7 seed; beat Agoura in first round; won in overtime at Loyola in second round; won at Thousand Oaks in LA semifinals; lost 12-7 to Palos Verdes in the LA championship.
2015 recap: After opening the season with four losses in their first six games, the senior-laden Celts lost only three more games the rest of the season. Playing on the road in the playoffs, Crespi beat No. 2-seed Loyola and No. 6-seed Thousand Oaks to earn a berth in the title game vs. Palos Verdes. The 2015 Celts had a dynamic offense that averaged nearly 13 goals per game, led by a senior attack line that accounted for 148 goals and 87 assists. All three are now playing in college: Alex Dixon (92 goals, 24 assists) is at UC Santa Barbara (MCLA); Cameron Radenberg (28g, 33a) is at Emerson (D-III) in Boston; and Sean Friedman (28g, 30a) is at Marymount (D-III) in Virginia.

2016 Outlook: Doyle is the only starter back on offense for the Celts, meaning Livingston has to find five other players willing and able to take on some goal-scoring responsibility. The talent is there, but the communication and trust might take some time to develop. Defensively, everyone is new. Some played in reserve roles last year; some played JV; some played other positions. Again, building a cohesive unit might take some time. With a tough early schedule (as usual) and a brutal Mission League (also as usual), 2016 might be a tough one for the Celts.