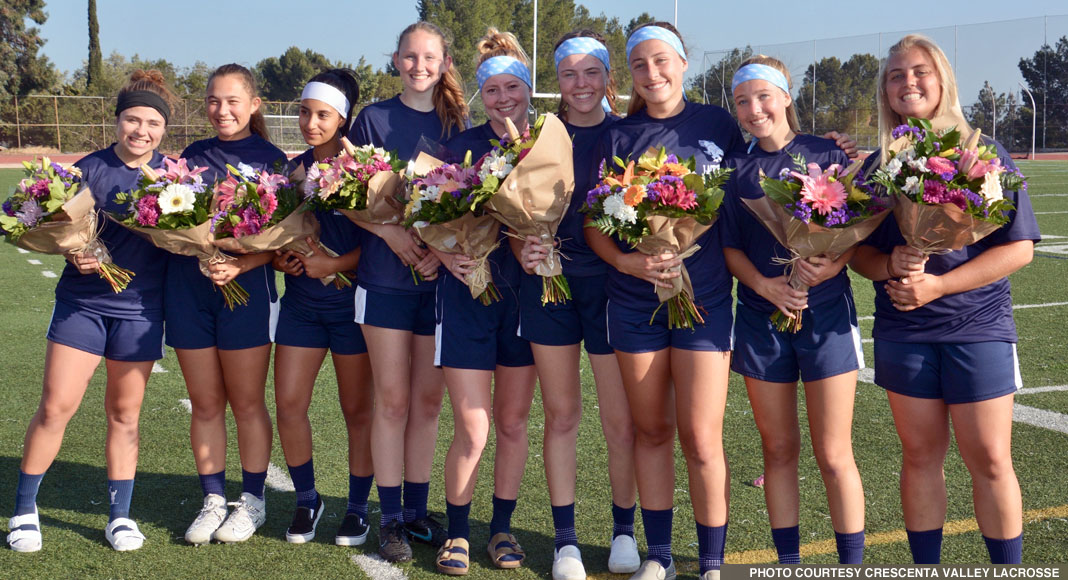 It was Senior Night for the Falcons, and the soon-to-be graduates showed themselves in fine style, scoring all but two of the team’s goals.

Francesca DiMundo led all scorers with five goals and one assist, including four of the game’s first five goals. Other seniors in the box score were Peyton Lindman-Marshall (4g, 2a), Lexi Ballard (2g, 3a), Mineh Antanesian (1g) and Elisabeth Hales (1a).

Juniors Allie Foster (1g, 1a) and Melanie Khashadourian (1g) rounded out the scoring for the Falcons. Sophomore goalie Phoebe Crowther had one of her best outings of the season with 17 saves.

Information and photo for the report contributed by Crescenta Valley girls lacrosse.