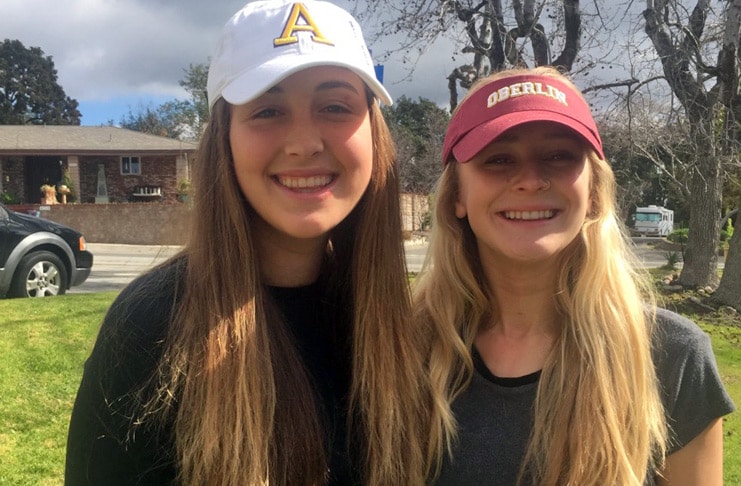 “Albion was one of the schools that had been recruiting me since my sophomore year,” Sheklow said via email. “Over the next three years, I weighed my options, spoke with coaches and went on recruiting trips. In the end, it was their strong academic focus, amazing team culture (and drive), and the crazy positive vibes from their coaching staff, players and administration that made Albion the perfect choice for me.”

Crowther, who had 24 goals and 12 assists for the Falcons last spring, committed to Oberlin College, located just outside Cleveland, Ohio.

“I didn’t really choose Oberlin; they chose me,” Crowther said via email. “I had heard of them in context of great liberal arts schools. When they reached out to me to play lacrosse for them, I jumped at the opportunity. I went out for a visit, and the moment I set foot on campus, I knew it was the place for me, and playing lacrosse was just the cherry on top.”

Sheklow and Crowther are varsity captains at Crescenta Valley. Crowther has twice been named the team’s MVP, while Sheklow has twice earned offensive player of the year honors. Both were first-team all-Pacific League and second-team all-region last spring.

Both were founding members of Crescenta Valley’s lacrosse program as sophomores in 2015.