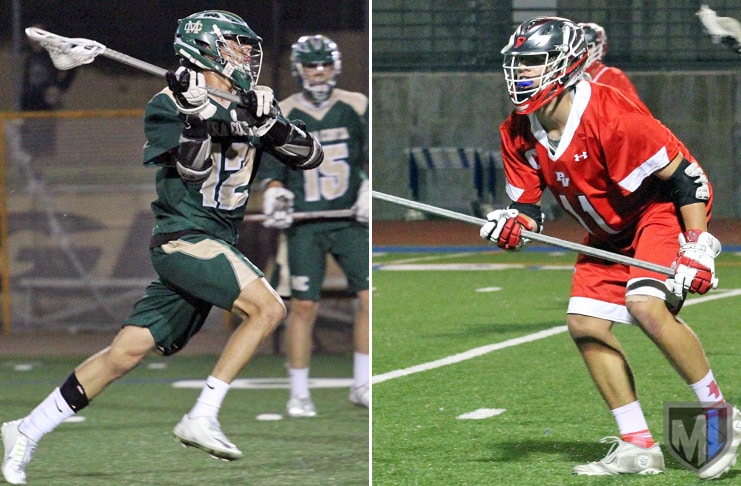 Former Bay League rivals Zane Crandall of Mira Costa and Shayne Sharp of Palos Verdes were among 13 student-athletes introduced Monday by Lafayette lacrosse coach Jim Rogalski with the Class of 2020.

The duo are the only Californians in the group, which boasts players from four other states. Here’s what the athletic department release had to say about each of them:

Zane Crandall (6-0, 185 | Midfield | Mira Costa | Los Angeles, Calif.)
Two-time US Lacrosse All-American … served as team captain during his junior and senior seasons … attended Nike’s The Ride and earned the top SPARQ score at Jake Reed Nike BlueChip … earned Team MVP as a senior, Offensive MVP as a junior and team Rookie of the Year as a freshman … was a three-time All-League selection and a two-time High Rollers All Star … selected to the Greater LA South All-Area First Team … was a four-time scholar athlete and earned honor roll all four years … graduated Magna Cum Laude … winner of the Presidential Award for 100 hours of community service.

Shayne Sharp (6-1, 190 | Defense | Palos Verdes | Palos Verdes Estates, Calif.)
Three-year varsity starter in lacrosse … served as team captain during his senior season and was named the Bay League Defensive MVP … was an Adrenaline All-American, a two-time LA City Champion, a two-time US Lacrosse All-American and a three-time First-Team All-Bay League selection … was selected as his school’s top defensemen in 2014, 2015 and 2016 … member of the Under Armour Underclass All-American West Team in 2015 … earned the Student-Athlete Award and kept a 4.5 grade-point average … four-year member of PVIT (Palos Verdes Institute of Technology).

The complete release, with bios on all 13 players, can be found here.